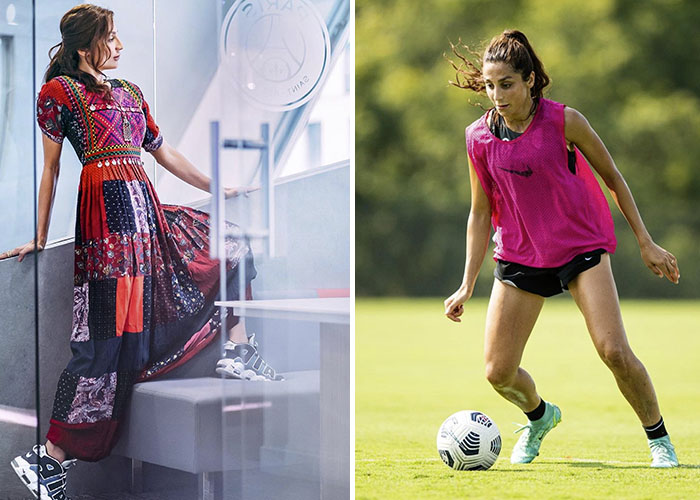 Under Danish nationality law Nadim could not apply for citizenship until turning 18 years old in 2006. When citizenship was eventually granted in 2008, FIFA eligibility rules blocked Nadim from playing for Denmark, because she had not yet been resident for the requisite five years after turning 18. A subsequent challenge from the Danish Football Association (DBU) led to FIFA’s legal department making an exception to the rules in Nadim’s case.

Shahkar Bineshpajooh (born 13 December 1972) is a poet, translator, composer, and singer. Bineshpahjooh has performed with orchestras in Europe … END_OF_DOCUMENT_TOKEN_TO_BE_REPLACED

Omid R. Kordestani (born 1963) is a businessman who is a member of the board at Twitter and was previously … END_OF_DOCUMENT_TOKEN_TO_BE_REPLACED

“To be a good host, you need to be very comfortable in your own skin. It’s vital that you feel … END_OF_DOCUMENT_TOKEN_TO_BE_REPLACED