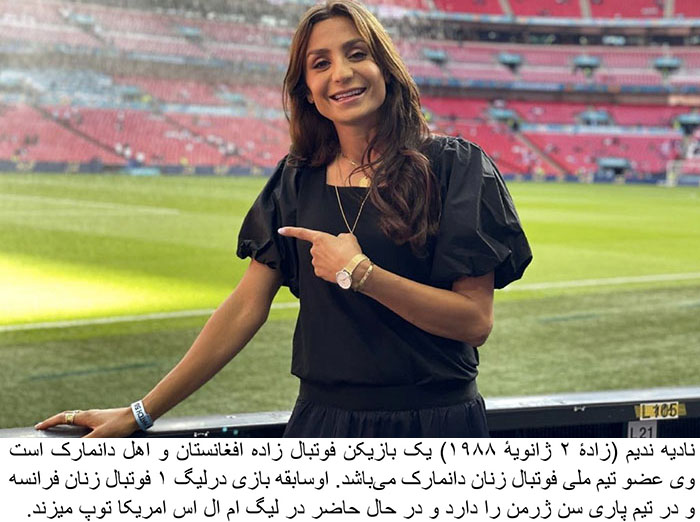 Nadia Nadim (born 2 January 1988) is an Afghan-Danish football player who plays as a striker for NWSL club Racing Louisville FC as well as for the Danish national team. Nadim is considered the most influential and greatest Afghan female football player of all time, particularly because she won the French league title in the 2020-21 season with Paris Saint-Germain.Nadim was born in Herat and raised in Afghanistan until her father, an Afghan National Army (ANA) general, was executed by the Taliban in 2000.

Siamak Dehghanpour has been an international broadcaster at VOA’s Persian service since 2003. Dehghanpour played a key role in the … END_OF_DOCUMENT_TOKEN_TO_BE_REPLACED

Mehran Modiri (born 7 April 1967) is a film director, film producer, actor, and singer. He is considered to be … END_OF_DOCUMENT_TOKEN_TO_BE_REPLACED

She was born in Piacenza to the policeman Mario Salemi and the Iranian beautician Fariba Tehrani, who separated in 2009. … END_OF_DOCUMENT_TOKEN_TO_BE_REPLACED

Hannaneh Shahshahani was born into theater! Her Mother’s was an actress and film director and her father was a writer … END_OF_DOCUMENT_TOKEN_TO_BE_REPLACED