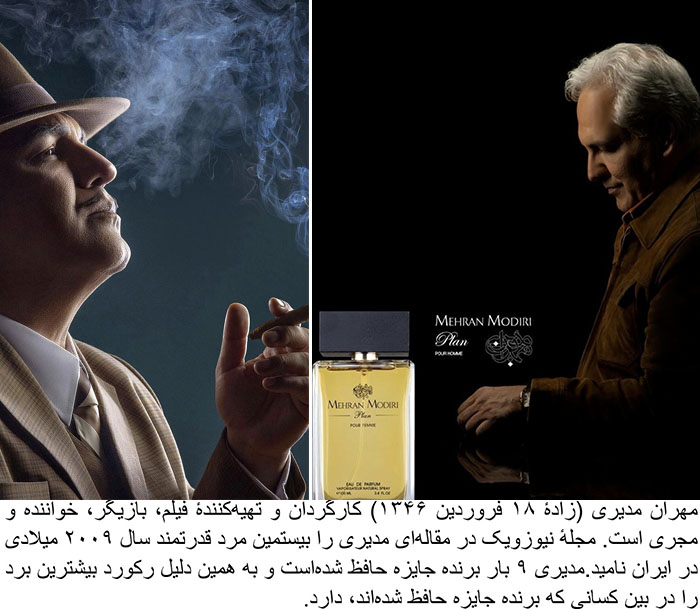 Mehran Modiri (born 7 April 1967) is a film director, film producer, actor, and singer. He is considered to be the leading artist in social satire in Iran. His various series which have been broadcast through IRIB have set records in terms of viewership (an estimated 85% viewership when he is on air), as well as make him a popular personality among masses. His artistic career began in his teenage years as he was acting in local plays. He then entered the world of radio and television in the early 1990s, actively writing scripts for and participating in various comedy skits during the annual Norooz comedy television shows broadcast by the IRIB.

Leon’s catsuit was covered in crescent moons, a symbol that has come to represent the Marine Serre brand. She wore … END_OF_DOCUMENT_TOKEN_TO_BE_REPLACED

Parviz Parastui (born 24 June 1955) is an actor. He has received various accolades, including four Crystal Simorgh for Best … END_OF_DOCUMENT_TOKEN_TO_BE_REPLACED

Now, as the doors slowly open for women in the profession, many women are putting the pedal to the metal … END_OF_DOCUMENT_TOKEN_TO_BE_REPLACED