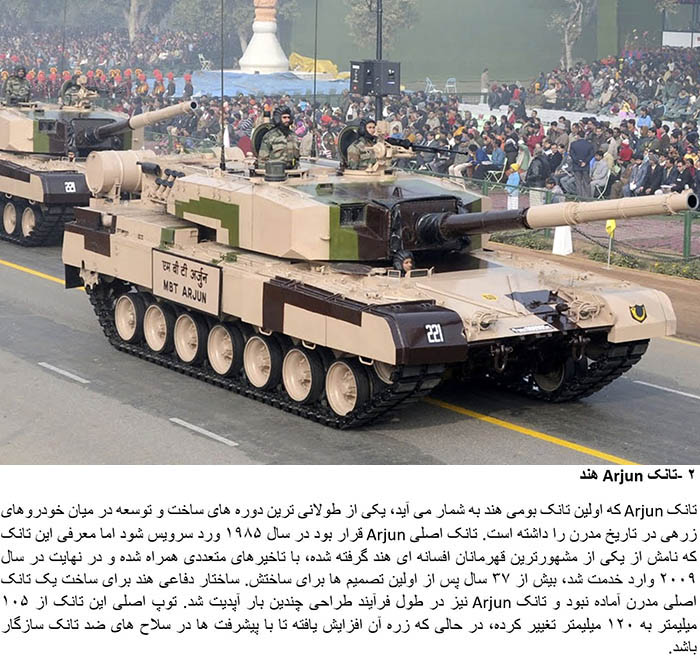 India’s first indigenous tank, the Arjun, had one of the longest development periods of any armored vehicle in recent history. The Arjun main battle tank was projected to enter service in 1985. Instead, the tank—named after one of India’s legendary warriors—blew deadline after deadline and entered service in 2009, a remarkable 37 years after the decision was first made to build it. India’s defense establishment was not ready to build a modern main battle tank, and the Arjun was updated several times during the design process. The main gun was upgraded from a 105-millimeter to 120-millimeter gun, while the armor was increased to deal with advances in anti-tank weapons. Engineers also had to accommodate new technologies, including GPS navigation, laser warning receivers, and reactive armor. As a result of all these changes, Arjun’s weight ballooned from 40 tons to 62 tons, making what would have been a nimble tank one of the more sluggish tanks on the modern battlefield.

Mahlagha Jaberi attends the Opening Night Gala screening of “What’s Love Got To Do With It?” at the Red Sea … END_OF_DOCUMENT_TOKEN_TO_BE_REPLACED

Shiva Balochi, the actress in the series Nurses, wrote: As the smallest member of the Muslim community, the hijab has … END_OF_DOCUMENT_TOKEN_TO_BE_REPLACED

Shohreh Mousavi, one of the directors of the Badran Company, who defrauded over 9,000 billion tomans from 300,000 people by … END_OF_DOCUMENT_TOKEN_TO_BE_REPLACED

“Evil and passion work with him.” Open the heart valves. “Its night song can be heard all over the world.” … END_OF_DOCUMENT_TOKEN_TO_BE_REPLACED