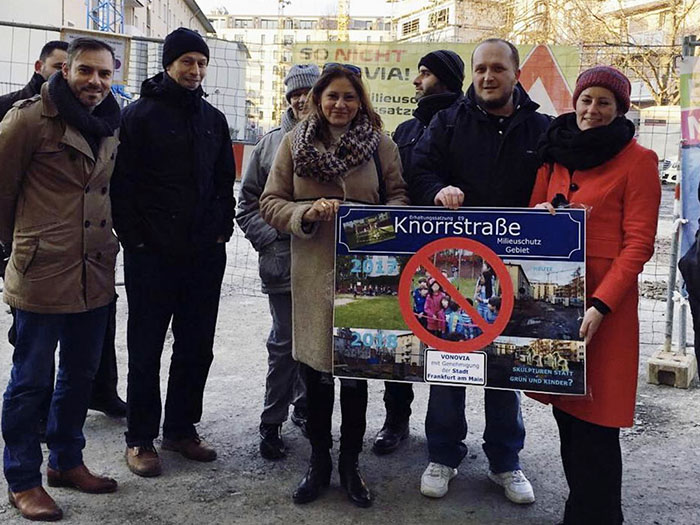 Nargess Eskandari-Grünberg is married to the psychoanalyst Kurt Grünberg. Her daughter is the German actress, filmmaker and author Maryam Zaree. The constellation is not trivial: a coalition of the Greens, SPD, FDP and Volt – and a Lord Mayor named Peter Feldmann (SPD). In the months of difficult coalition finding, there was much speculation about the role Feldmann could play in the new magistrate. Feldmann himself also took part: “Coalitions are being formed between parties,” he told his colleagues in April. Not without shooting a tip in the direction of the parties that would actually like to keep him out: “I am chairman of the magistrate – and as the voice of the people at the table.” knows the vote of his direct election.

Iman Eshraghi, Actor: Morchekhar. Iman Eshraghi is an actor, known for Morchekhar (2020). Avoid the allure of the beautiful, polished, … END_OF_DOCUMENT_TOKEN_TO_BE_REPLACED

A millionaire influencer’s gold McLaren supercar was seized after police found him driving it without insurance. Pooyan Mokhtari, 31, was … END_OF_DOCUMENT_TOKEN_TO_BE_REPLACED

If you’re trying to save money through budgeting but still carrying a large debt burden, start with the debt. Not … END_OF_DOCUMENT_TOKEN_TO_BE_REPLACED

Reyhaneh Parsa (born 23 February 1999) is an actress. Reyhaneh Parsa was born on the first of Esfand 1999 in … END_OF_DOCUMENT_TOKEN_TO_BE_REPLACED