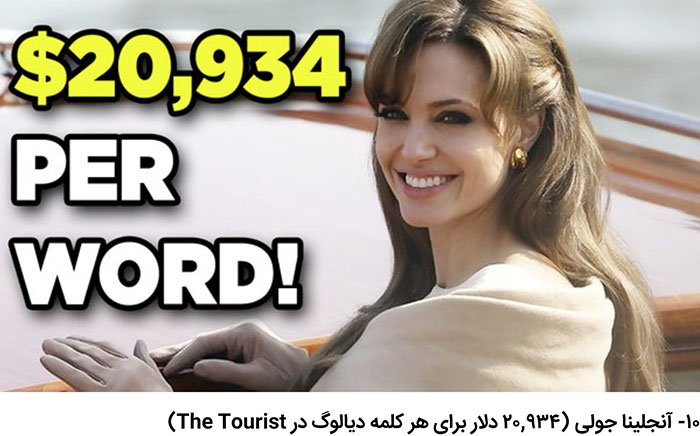 Depp’s work on the picture brought him just under $20,000 per word, yet Jolie trumped that number. Speaking a total of 999 words as suspended police officer Elise Clifton-Ward, Jolie’s total earnings of nearly $21 million from the picture means that she was paid $20,934 for each word uttered. 11 years on from The Tourist, Angelina Jolie – and Johnny Depp, for that matter – are still two of the highest paid actors on the planet. As an example, Jolie was given an upfront $28 million ‘basic’ salary for 2019’s Maleficent: Mistress of Evil. For that film’s predecessor, the actress took home a reported $33 million by the time her standard salary and additional percentages and returns were taken into account. What you’ll notice as this list goes on, though, is how Angelina Jolie is one of only two women to be featured here. However, despite the clear, scary disparity often seen in Hollywood paydays between men and women, Jolie is one of the few females who is able to command as much, if not more, than her males colleagues across the movie industry.

Mahlagha Jaberi attends the Opening Night Gala screening of “What’s Love Got To Do With It?” at the Red Sea … END_OF_DOCUMENT_TOKEN_TO_BE_REPLACED

Shiva Balochi, the actress in the series Nurses, wrote: As the smallest member of the Muslim community, the hijab has … END_OF_DOCUMENT_TOKEN_TO_BE_REPLACED

Shohreh Mousavi, one of the directors of the Badran Company, who defrauded over 9,000 billion tomans from 300,000 people by … END_OF_DOCUMENT_TOKEN_TO_BE_REPLACED

“Evil and passion work with him.” Open the heart valves. “Its night song can be heard all over the world.” … END_OF_DOCUMENT_TOKEN_TO_BE_REPLACED