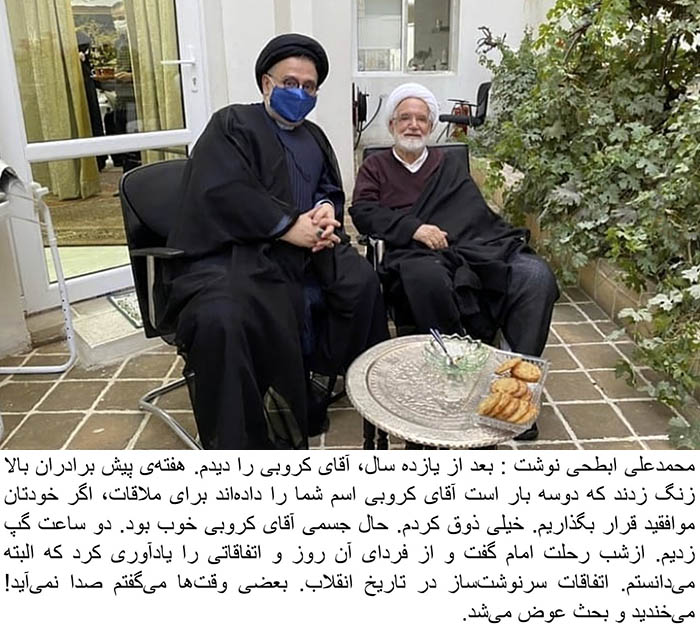 Mehdi Karroubi (born 26 September 1937) is a Shia cleric and reformist politician leading the National Trust Party. Following 2009–2010 Iranian election protests, Karroubi was put under house arrest in February 2011 – reportedly ordered by the Supreme Leader of Iran – without officially being charged, although he is accused of being a “seditionist” and “traitor”. As of 2021, he is still confined to his house.

Sina Mehrad is an actor and assistant director, known for Paat (2013), Blue Blood. “When you’re shooting fashion and beauty … END_OF_DOCUMENT_TOKEN_TO_BE_REPLACED

Niki Karimi (born 10 November 1971) is an actress, director, screenwriter and producer. Regarded as the most prominent figure among … END_OF_DOCUMENT_TOKEN_TO_BE_REPLACED

Maria Vladimirovna Zakharova was born on December 24, 1975 in Moscow, in the family of a Russian diplomat. From an … END_OF_DOCUMENT_TOKEN_TO_BE_REPLACED