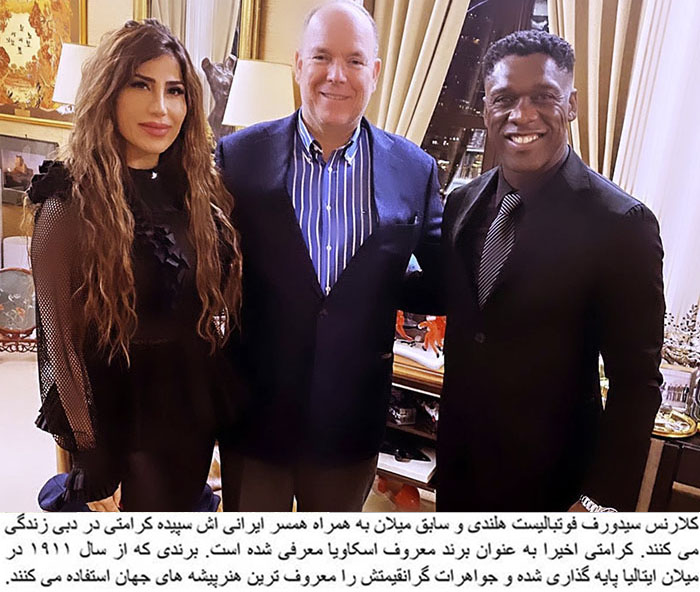 Albert II (Albert Alexandre Louis Pierre Grimaldi; born 14 March 1958) is the Sovereign Prince of Monaco and head of the Princely House of Grimaldi. He is the son of Prince Rainier III and Grace Kelly. He was born at the Prince’s Palace of Monaco, and attended the Lycée Albert Premier before studying political science at Amherst College. In his youth, he competed in bobsleigh during Winter Olympic finals before retiring in 2002.

She married Mohamad Reza Sharifinia in 1980. Their two daughters, Mehraveh and Melika are both actresses. Azita and Mohammad-Reza announced … END_OF_DOCUMENT_TOKEN_TO_BE_REPLACED

As Donald Trump made abundantly clear during his four years in office, he absolutely hated the job of being president. … END_OF_DOCUMENT_TOKEN_TO_BE_REPLACED

A millionaire Iranian influencer’s gold McLaren supercar was seized after police found him driving it without insurance. Pooyan Mokhtari, 31, … END_OF_DOCUMENT_TOKEN_TO_BE_REPLACED