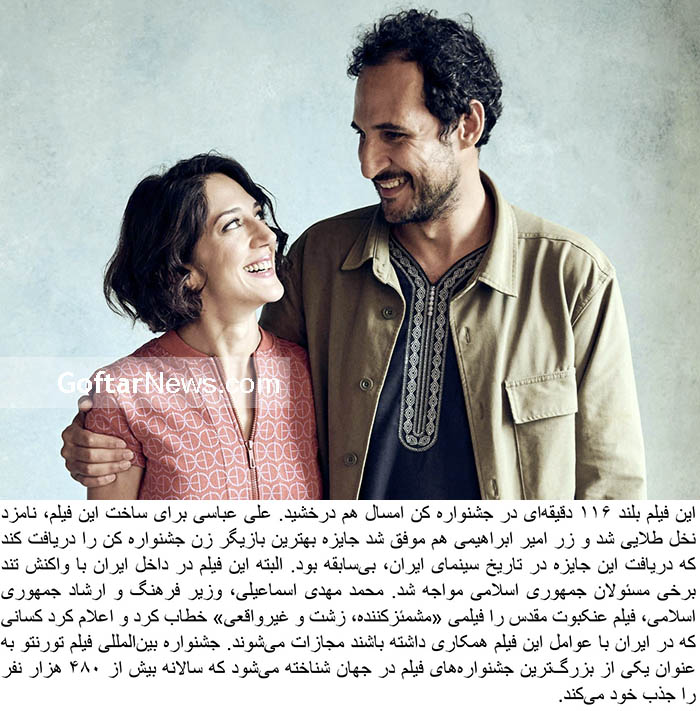 Abbasi said, “In a really strange way, I felt sympathy for the guy, really against my own will. I think there was a psychotic element to the pleasure-seeking aspect of his murders, the twisted sexuality and whatnot, but there was also this strange innocence about him. It was more about how a society creates a serial killer.” Initial drafts followed the events more faithfully, but Abbasi eventually deviated from them and invented the character of a female journalist, as he felt the film should focus not only on the killer but on misogyny.

Mahlagha Jaberi attends the Opening Night Gala screening of “What’s Love Got To Do With It?” at the Red Sea … END_OF_DOCUMENT_TOKEN_TO_BE_REPLACED

Shiva Balochi, the actress in the series Nurses, wrote: As the smallest member of the Muslim community, the hijab has … END_OF_DOCUMENT_TOKEN_TO_BE_REPLACED

Shohreh Mousavi, one of the directors of the Badran Company, who defrauded over 9,000 billion tomans from 300,000 people by … END_OF_DOCUMENT_TOKEN_TO_BE_REPLACED

“Evil and passion work with him.” Open the heart valves. “Its night song can be heard all over the world.” … END_OF_DOCUMENT_TOKEN_TO_BE_REPLACED