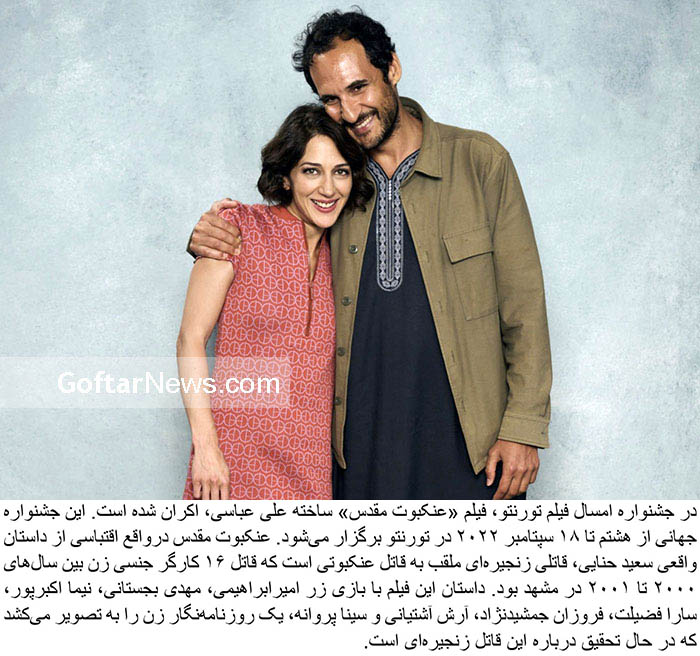 Zahra Amir Ebrahimi of “Holy Spider” poses in the Getty Images Portrait Studio Presented by IMDb and IMDbPro at Bisha Hotel & Residences on September 13. Abbasi was a student when the 2000–01 murders took place and was baffled by the conservative response that heralded Hanaei as a hero, and by how long it took for police to capture him. Abbasi began writing versions of the film shortly after seeing Hanaei interviewed in Maziar Bahari’s 2002 documentary And Along Came a Spider.

While the hijab monitoring machine and suppression of women’s clothing have returned to the streets after a few months, the … END_OF_DOCUMENT_TOKEN_TO_BE_REPLACED

Cardboard imam refers to the set of cardboard replicas made of Seyyed Ruhollah Khomeini, which were first used in the … END_OF_DOCUMENT_TOKEN_TO_BE_REPLACED

After the departure of the Dutch striker Jurgen Lokadia from the Persepolis team, the directors of this club thought of … END_OF_DOCUMENT_TOKEN_TO_BE_REPLACED

On this special cover, apart from Golshifteh Farahani and Zaramira Brahimi, ten other famous faces have supported  protesting women, and … END_OF_DOCUMENT_TOKEN_TO_BE_REPLACED