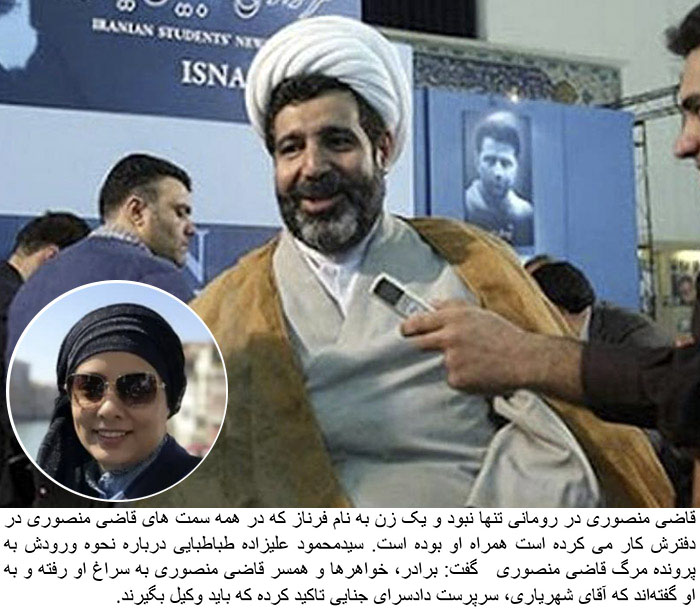 The fugitive judge Gholamreza Mansouri who was found dead in suspicious circumstances at a Bucharest hotel on June 19, had told an extradition hearing in Romania that the corruption charges against him had been a “bogus scenario”. A fugitive judge who was found dead in a hotel in the Romanian capital Bucharest last week died of injuries from colliding with a hard surface, possibly during a fall, autopsy results have shown. Gholamreza Mansouri, who was accused of corruption in Tehran and of human rights violations by activists, was found dead at the hotel he was staying at in Bucharest on Friday after falling from a height.

Mahlagha Jaberi attends the Opening Night Gala screening of “What’s Love Got To Do With It?” at the Red Sea … END_OF_DOCUMENT_TOKEN_TO_BE_REPLACED

Shiva Balochi, the actress in the series Nurses, wrote: As the smallest member of the Muslim community, the hijab has … END_OF_DOCUMENT_TOKEN_TO_BE_REPLACED

Shohreh Mousavi, one of the directors of the Badran Company, who defrauded over 9,000 billion tomans from 300,000 people by … END_OF_DOCUMENT_TOKEN_TO_BE_REPLACED

“Evil and passion work with him.” Open the heart valves. “Its night song can be heard all over the world.” … END_OF_DOCUMENT_TOKEN_TO_BE_REPLACED