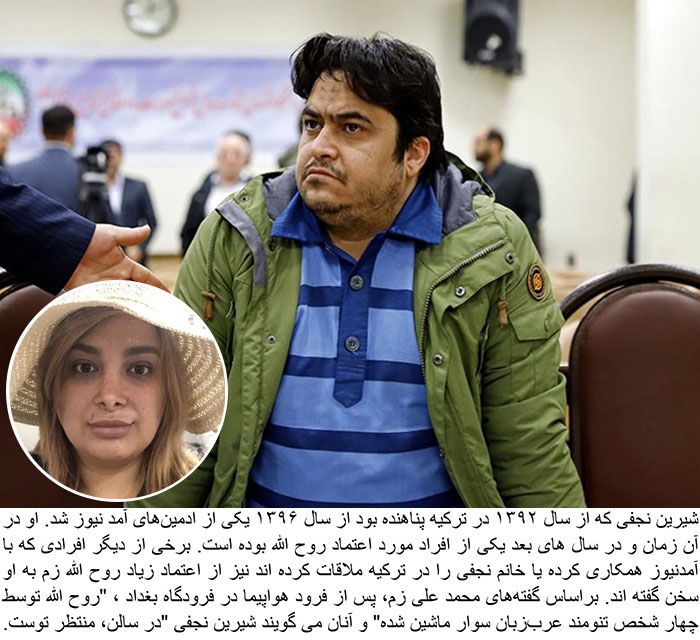 Ruhollah Zam ( 27 July 1978 – 12 December 2020) was an activist and journalist. He was best known for operating a Telegram channel named ‘Amadnews’, which he founded in 2015. Zam played a high-profile role in the 2017–2018 protests, to which he devoted special coverage at the time. In June 2020, a court found him guilty of “corruption on earth” for running a popular anti-government forum, which officials said had incited the 2017–2018 protests. He was sentenced to death by an court and was executed on 12 December 2020.

Yasmine Pahlavi is the wife of Reza Pahlavi, the last crown prince of the former Imperial State. She worked for … END_OF_DOCUMENT_TOKEN_TO_BE_REPLACED

Ali Daei started his football career with Esteghlal Ardabil. He joined the Tehran taxi team after being admitted to Sharif … END_OF_DOCUMENT_TOKEN_TO_BE_REPLACED

In recent days, it has been observed that the government has used teenagers and students in military uniforms and equipment … END_OF_DOCUMENT_TOKEN_TO_BE_REPLACED

Mohammad Reza Golzar was born on April 1, 1356. He is an actor, singer, and composer. He graduated from Azad … END_OF_DOCUMENT_TOKEN_TO_BE_REPLACED