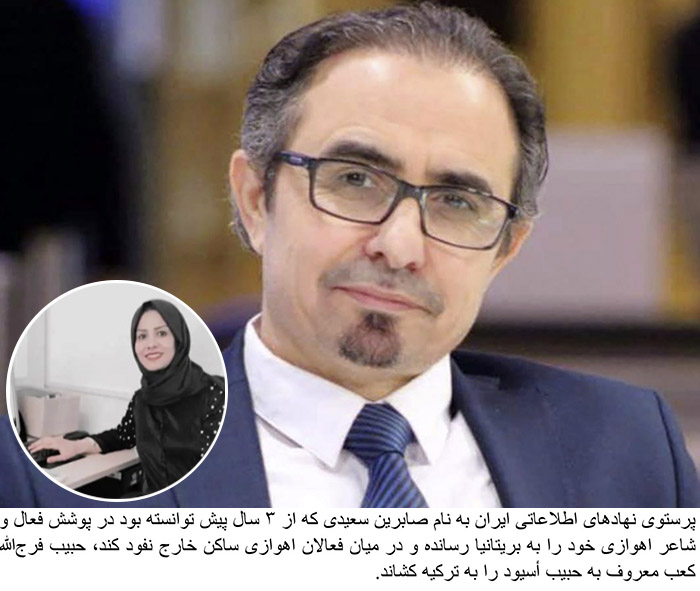 “The arrest of the leader of an Ahwazi group and his transfer to is another great success for the intelligence and security services in our country,” Mr Dhu Al Nuri told the Parliament News Agency. “The accused will receive his punishment in a trial after taking the necessary information from him in the investigation and completion of the case,” he added. The Swedish Ministry of Foreign Affairs told Swedish TV it was aware of his arrest in Turkey and his extradition. His wife, Hoda Hawashmi said her husband boarded a flight to Turkey, intending to travel on to Doha. While in transit in the country, Ankara handed him over to Iranian intelligence, she said.

Mahlagha Jaberi attends the Opening Night Gala screening of “What’s Love Got To Do With It?” at the Red Sea … END_OF_DOCUMENT_TOKEN_TO_BE_REPLACED

Shiva Balochi, the actress in the series Nurses, wrote: As the smallest member of the Muslim community, the hijab has … END_OF_DOCUMENT_TOKEN_TO_BE_REPLACED

Shohreh Mousavi, one of the directors of the Badran Company, who defrauded over 9,000 billion tomans from 300,000 people by … END_OF_DOCUMENT_TOKEN_TO_BE_REPLACED

“Evil and passion work with him.” Open the heart valves. “Its night song can be heard all over the world.” … END_OF_DOCUMENT_TOKEN_TO_BE_REPLACED