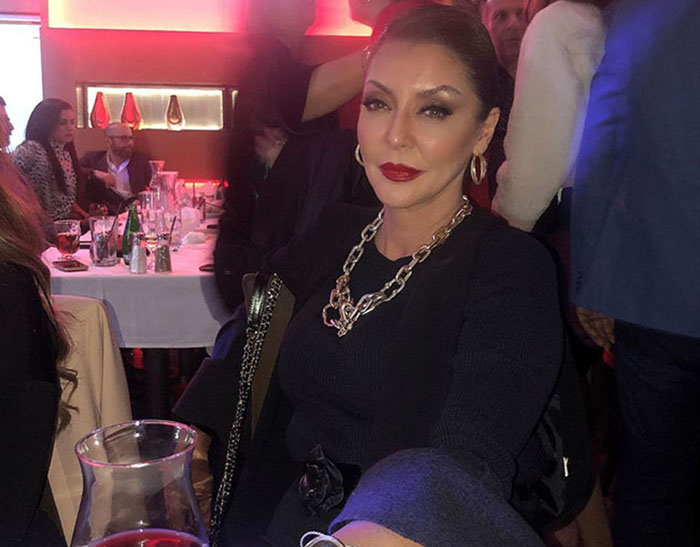 Much like other entertainers of the 20th century, including Susan, Delkash, and Googoosh, Jamileh’s career dancing in cabarets provided her the opportunity to enter cinema, which would eventually lead her to national fame. She began her acting career after her marriage to Arbâb, aiming to be recognized as a “dancer-actor” in Iranian cinema, like Samia Gamal in Egyptian cinema. She mainly played dance-related roles in more than 25 films, including roles in Zan-e Vahshi-e Vahshi (1969), Dokhtar-e Zalem Bala (1970), and ‘Aroos-e Paberahneh (1974). Many of the films she starred in were produced by Ferdowsi Film, owned by her husband Arbâb, including the 1971 film Khoshgeltarin Zan-e ‘Alam. She was reportedly the highest-paid cabaret actor of Iranian origin in 1974, and performed for prominent foreign guests including Henry Kissinger and Aristotle Onassis. Ever see pictures of celebrities where it looks like someone threw baby powder all over their face? That’s what happens when flash photography mixes with too much HD powder. Some will say that it should be avoided completely in these scenarios, but that’s actually not the case. HD powders are made from 100% silica that reflects light. When they are applied to dry skin and a flash photo is taken, they give off the white cast we’ve seen so many times before. The trick here is to use these types of powders sparingly and in places where there is moisture, such as the T-Zone where we tend to get oily. This allows the powder to dissolve into the skin and assures that flashback won’t be a problem.

When you eat a protein-rich diet, you automatically avoid overeating, which makes you shed some pounds without counting calories. A … END_OF_DOCUMENT_TOKEN_TO_BE_REPLACED

Yes, the color red can bring associations with aggression and dominance. Researchers have found that athletes who wear this color … END_OF_DOCUMENT_TOKEN_TO_BE_REPLACED

Born in Khorramdareh, he is the eldest of six siblings. Inspired by the Beatles, he formed a boy band known … END_OF_DOCUMENT_TOKEN_TO_BE_REPLACED