Meet the Daughter of Music Legend “Mojgan Shajarian” in the Picture 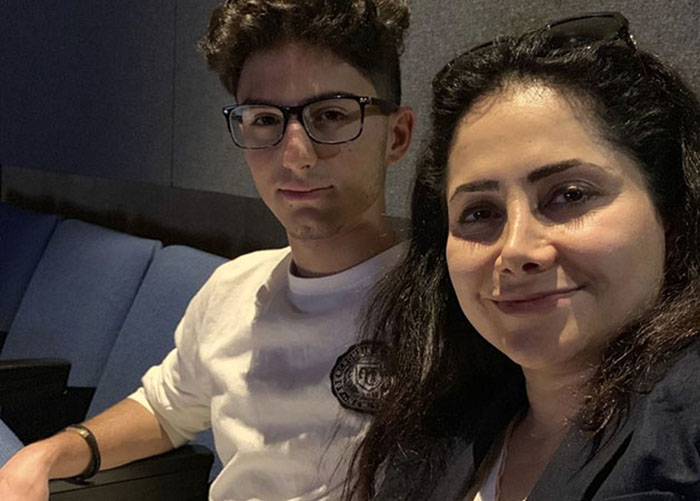 Shajarian started his singing career in 1959 at Radio Khorasan, rising to prominence in the 1960s with his distinct singing style. His main teachers were Ahmad Ebadi, Esmaeil Mehrtash, Abdollah Davami, and Nour-Ali Boroumand. He also learned the vocal styles of singers from previous generations, including Reza Gholi Mirza Zelli, Fariborz Manouchehri, Ghamar Molouk Vaziri, Eghbal Azar, and Taj Isfahani. He has cited legendary Persian tar soloist Jalil Shahnaz as highly influential to his development, indicating that he has often tried to mimic Shahnaz’s playing style in his singing.

Mahlagha Jaberi attends the Opening Night Gala screening of “What’s Love Got To Do With It?” at the Red Sea … END_OF_DOCUMENT_TOKEN_TO_BE_REPLACED

Shiva Balochi, the actress in the series Nurses, wrote: As the smallest member of the Muslim community, the hijab has … END_OF_DOCUMENT_TOKEN_TO_BE_REPLACED

Shohreh Mousavi, one of the directors of the Badran Company, who defrauded over 9,000 billion tomans from 300,000 people by … END_OF_DOCUMENT_TOKEN_TO_BE_REPLACED

“Evil and passion work with him.” Open the heart valves. “Its night song can be heard all over the world.” … END_OF_DOCUMENT_TOKEN_TO_BE_REPLACED