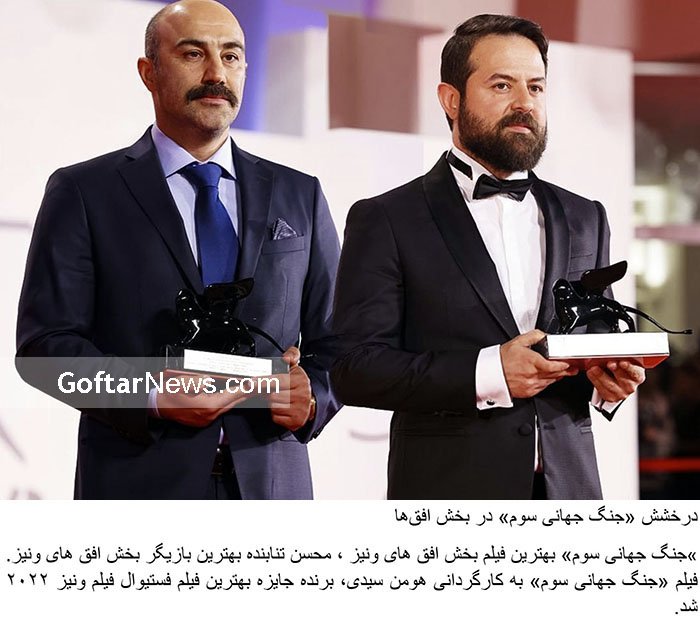 The festival awarded its Special Jury Prize to No Bears by famous director Jafar Panahi. His No Bears was also picked as the best movie by Italian and international critics before the closing ceremony. Seyyedi’s World War III also won the Best Film in the horizons section and Best Actor prizes, the latter thanks to the lead role played by Mohsen Tanabandeh.

The Sharif University of Technology is a public research university. It is widely considered as the nation’s leading institution for … END_OF_DOCUMENT_TOKEN_TO_BE_REPLACED

Successful artists don’t frame things around “not enough.” There is never enough time, not enough money, not enough confidence, not … END_OF_DOCUMENT_TOKEN_TO_BE_REPLACED

Yasmine Pahlavi is the wife of Reza Pahlavi, the last crown prince of the former Imperial State. She worked for … END_OF_DOCUMENT_TOKEN_TO_BE_REPLACED