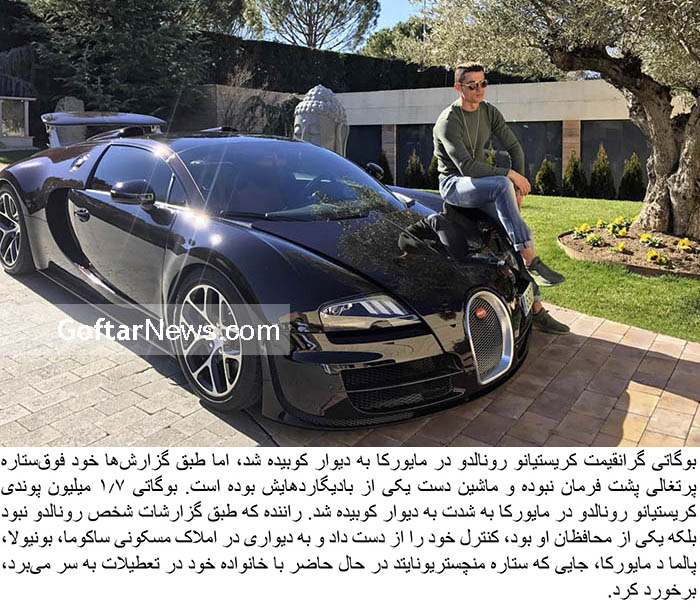 Cristiano Ronaldo’s car has been involved in a crash in Majorca. The smash is being investigated by the police’s traffic service — but involved Ronaldo’s $2 million Bugatti Veyron.Respected island newspaper Cronica Balear said the unnamed bodyguard got out of the car to continue his journey and left other staff employed by the star at the scene to receive the police. The identity of the person at the wheel has not yet been revealed, but it is well-known iano Ronaldo and his family are protected in Cheshire by Portuguese twins who served as soldiers with an elite special forces unit in Afghanistan.

Shahkar Bineshpajooh (born 13 December 1972) is a poet, translator, composer, and singer. Bineshpahjooh has performed with orchestras in Europe … END_OF_DOCUMENT_TOKEN_TO_BE_REPLACED

Omid R. Kordestani (born 1963) is a businessman who is a member of the board at Twitter and was previously … END_OF_DOCUMENT_TOKEN_TO_BE_REPLACED

“To be a good host, you need to be very comfortable in your own skin. It’s vital that you feel … END_OF_DOCUMENT_TOKEN_TO_BE_REPLACED