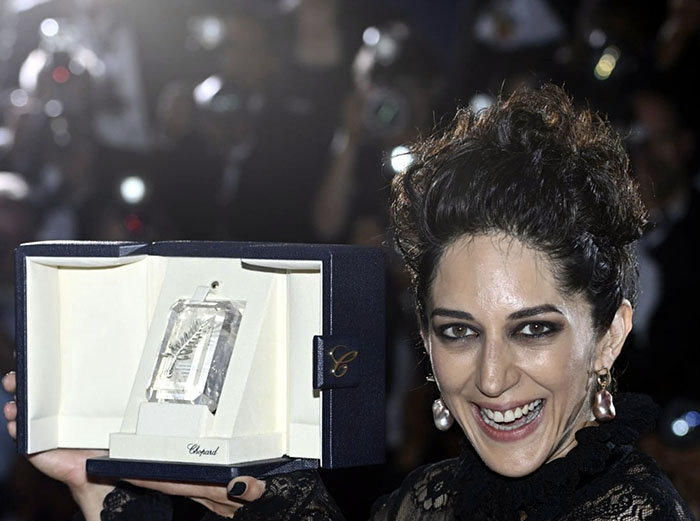 The buyer and her team met with the filmmakers, sellers and “obsessively chased it until we closed.” “That’s my MO. I don’t really wait until the reviews come out before chasing,” she told us. The film, which features graphic violence, drew visceral reactions from critics. “I understand that,” she says. “I don’t mind polarizing reactions — that’s the purpose of filmmaking. I appreciate films that are divisive and create a cultural conversation. ”The film is expected to be Utopia’s widest release to date, despite an anticipated R-rating. “We want to bring it to the widest audience possible and assure it is the film that everyone is talking about this year, and for years to come,” she says.

Ali Daei started his football career with Esteghlal Ardabil. He joined the Tehran taxi team after being admitted to Sharif … END_OF_DOCUMENT_TOKEN_TO_BE_REPLACED

In recent days, it has been observed that the government has used teenagers and students in military uniforms and equipment … END_OF_DOCUMENT_TOKEN_TO_BE_REPLACED

Mohammad Reza Golzar was born on April 1, 1356. He is an actor, singer, and composer. He graduated from Azad … END_OF_DOCUMENT_TOKEN_TO_BE_REPLACED

Elham Hamidi, a famous actress, was born on December 8, 1956. Her education level: Elham Hamidi graduated with a bachelor’s … END_OF_DOCUMENT_TOKEN_TO_BE_REPLACED