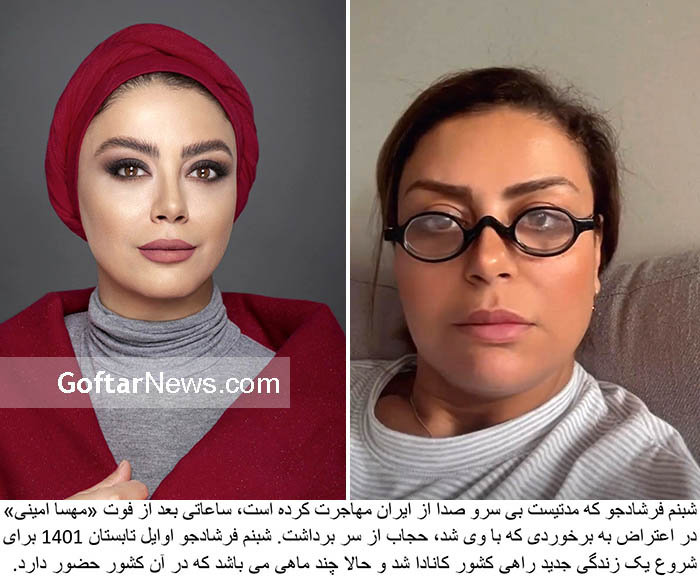 Shabnam Farshadjoo is known for Temporary Licence (2017), When Did You See Sahar Last Time? (2016) and Revelation in A Silent Party (2009). A young woman has died after falling into a coma following her detention by morality police, state media have reported, sparking fury on social media. “Unfortunately, she died and her body was transferred to the medical examiner’s office,” state television reported on Friday. The announcement came a day after police confirmed Amini had been detained with other women for “instruction” about the rules. Reacting to the incident, human rights organisation Amnesty International said, “The circumstances leading to the suspicious death in custody of 22-year-old young woman Mahsa Amini, which include allegations of torture and other ill-treatment in custody, must be criminally investigated.”

While the hijab monitoring machine and suppression of women’s clothing have returned to the streets after a few months, the … END_OF_DOCUMENT_TOKEN_TO_BE_REPLACED

Cardboard imam refers to the set of cardboard replicas made of Seyyed Ruhollah Khomeini, which were first used in the … END_OF_DOCUMENT_TOKEN_TO_BE_REPLACED

After the departure of the Dutch striker Jurgen Lokadia from the Persepolis team, the directors of this club thought of … END_OF_DOCUMENT_TOKEN_TO_BE_REPLACED

On this special cover, apart from Golshifteh Farahani and Zaramira Brahimi, ten other famous faces have supported  protesting women, and … END_OF_DOCUMENT_TOKEN_TO_BE_REPLACED