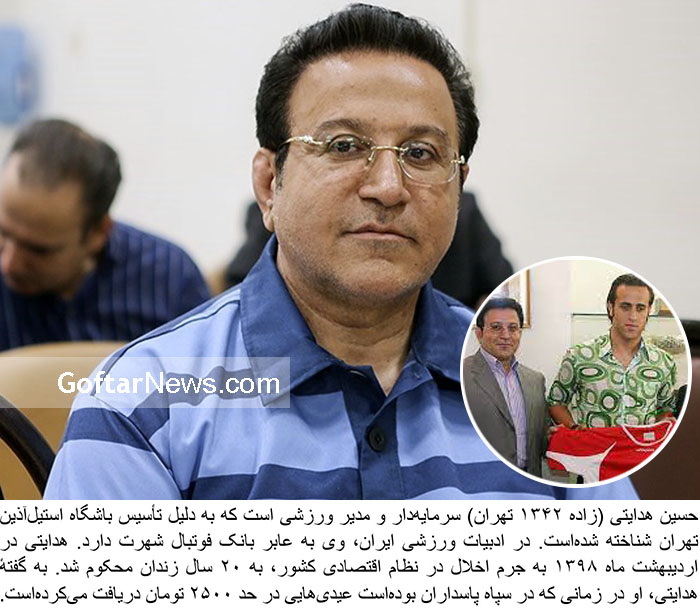 According to the Sports 3 website, “it seems that the Federation’s Board of Directors decided to hold the elections on the previously scheduled date, considering the possible consequences of the sudden cancellation of the elections, which was threatened by FIFA and AFC.” At the same time, a representative of FIFA also went to Iran last night to monitor the process of this election, and a representative of the Asian Football Confederation was also present at the venue of the assembly. Some sports media announced that the reason for the sudden decision to cancel the assembly last night was Mehdi Taj’s participation in the elections, but Mr. Taj himself stated that he did not know about this issue and said: “There is no reason to complain.” In addition to being a member of the board of directors of several other clubs, in the past 30 years he has held other positions, including the head of the National Teams Committee and the Referees Committee of the Football Federation, the General Secretary of the National Football Association, the head of the league organization, the vice-chairman of the Football Federation and in He also holds the presidency of the Football Federation. However, he is also mentioned as a military, security, and economic figure. Mehdi Taj joined the Revolutionary Guards in 1359, and in 1362, he was sent to the western cities of the country for intelligence and operational activities of the Revolutionary Guards. While maintaining his position in the Islamic Revolutionary Guard Corps, Mr. Taj held positions such as deputy head and head of the General Department of Commerce of Isfahan province, vice president of sales and export of Zob Ahn Joint Stock Company and then Mobarake Sepahan Steel, CEO and member of the board of directors of Ghadir Steel, and Chairman of the Board of Directors of Fulad Methyl Company.

Shiva Balochi, the actress in the series Nurses, wrote: As the smallest member of the Muslim community, the hijab has … END_OF_DOCUMENT_TOKEN_TO_BE_REPLACED

Shohreh Mousavi, one of the directors of the Badran Company, who defrauded over 9,000 billion tomans from 300,000 people by … END_OF_DOCUMENT_TOKEN_TO_BE_REPLACED

“Evil and passion work with him.” Open the heart valves. “Its night song can be heard all over the world.” … END_OF_DOCUMENT_TOKEN_TO_BE_REPLACED

The old actress Shaheen has died.Mahintaj Moghul Kayser, known as Shaheen, a cinematic actor and an old singer, has passed … END_OF_DOCUMENT_TOKEN_TO_BE_REPLACED