The Singer “Hafez Nazeri” and family in the picture 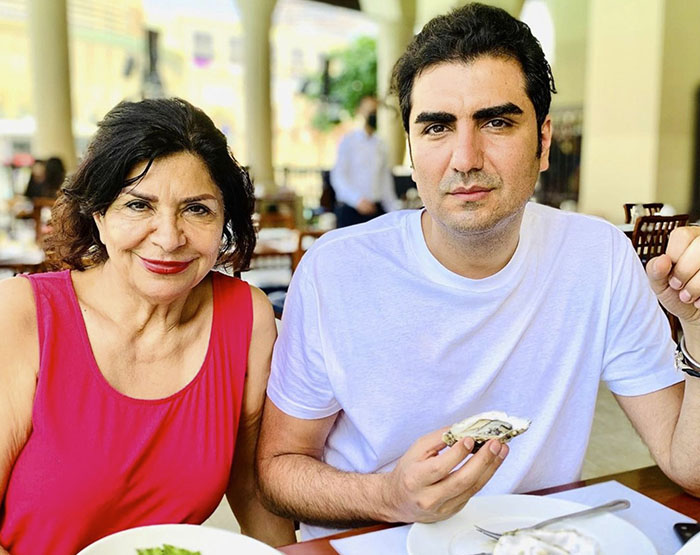 Hafez Nazeri is a singer and composer. He is the son of Kurdish musician Shahram Nazeri. The venues of Hafez’s performances in North America included Los Angeles’ Kodak Theatre – the most highly attended Persian classical music concert outside – the Atlanta Symphony Hall and traveled to San Francisco, Washington, D.C., and Boston. Hafez’s international appeal led to several invitations to speak at various media outlets, including radio stations such as KPBS, KPFK, KPFA, UC Berkeley Radio and NPR in the United States.

Yasmine Pahlavi is the wife of Reza Pahlavi, the last crown prince of the former Imperial State. She worked for … END_OF_DOCUMENT_TOKEN_TO_BE_REPLACED

Ali Daei started his football career with Esteghlal Ardabil. He joined the Tehran taxi team after being admitted to Sharif … END_OF_DOCUMENT_TOKEN_TO_BE_REPLACED

In recent days, it has been observed that the government has used teenagers and students in military uniforms and equipment … END_OF_DOCUMENT_TOKEN_TO_BE_REPLACED

Mohammad Reza Golzar was born on April 1, 1356. He is an actor, singer, and composer. He graduated from Azad … END_OF_DOCUMENT_TOKEN_TO_BE_REPLACED