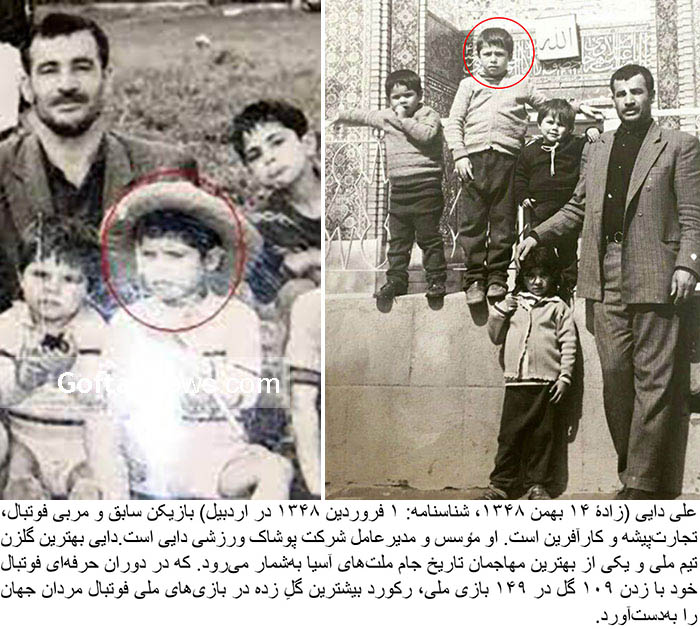 Ali Daei started his football career with Esteghlal Ardabil. He joined the Tehran taxi team after being admitted to Sharif University of Technology and staying in Tehran. After that, Daei played for the Tejarat Bank team for four years in the Tehran League, and it was from there that he was noticed by the coaches of the football teams and was invited to the national team for the first time. After that, Daei joined the Persepolis team in Tehran and started his professional football career by playing in the Azadegan Cup. Ali Daei (born on February 14, 1348; birth certificate: 1 April 1348 in Ardabil) is an Iranian former football player and coach, businessman, and entrepreneur. He is the founder and CEO of Daei Sportswear Company. Daei is the best scorer of the national team and one of the best strikers in the history of the Asian Nations Cup. who scored 109 goals in 149 national games in his football career and achieved the record for the most goals scored in men’s national football games in the world.

Mahlagha Jaberi attends the Opening Night Gala screening of “What’s Love Got To Do With It?” at the Red Sea … END_OF_DOCUMENT_TOKEN_TO_BE_REPLACED

Shiva Balochi, the actress in the series Nurses, wrote: As the smallest member of the Muslim community, the hijab has … END_OF_DOCUMENT_TOKEN_TO_BE_REPLACED

Shohreh Mousavi, one of the directors of the Badran Company, who defrauded over 9,000 billion tomans from 300,000 people by … END_OF_DOCUMENT_TOKEN_TO_BE_REPLACED

“Evil and passion work with him.” Open the heart valves. “Its night song can be heard all over the world.” … END_OF_DOCUMENT_TOKEN_TO_BE_REPLACED