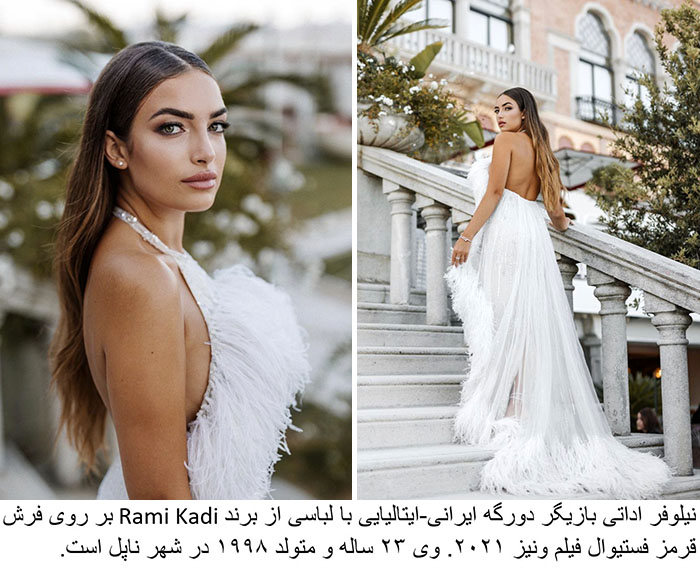 Nilufar Addati attends the red carpet of the movie “The Hand Of God” during the 78th Venice International Film Festival. “One great thing I’ve learned over the years of shooting festivals is that it pays to be where the other photographers aren’t,” says Ben. “Some of my favourite shots are the ones I’ve taken when standing in the crowd and the singer has come down to the barrier. The other photographers remained in the pit because that’s where their pass got them access to, and they didn’t think to move around to get the best shots. I love shooting from the crowd’s perspective because it’s the view that most people remember. I see it as my job to be there and get in amongst them to soak up the atmosphere.”

Siamak Dehghanpour has been an international broadcaster at VOA’s Persian service since 2003. Dehghanpour played a key role in the … END_OF_DOCUMENT_TOKEN_TO_BE_REPLACED

Mehran Modiri (born 7 April 1967) is a film director, film producer, actor, and singer. He is considered to be … END_OF_DOCUMENT_TOKEN_TO_BE_REPLACED

She was born in Piacenza to the policeman Mario Salemi and the Iranian beautician Fariba Tehrani, who separated in 2009. … END_OF_DOCUMENT_TOKEN_TO_BE_REPLACED

Hannaneh Shahshahani was born into theater! Her Mother’s was an actress and film director and her father was a writer … END_OF_DOCUMENT_TOKEN_TO_BE_REPLACED