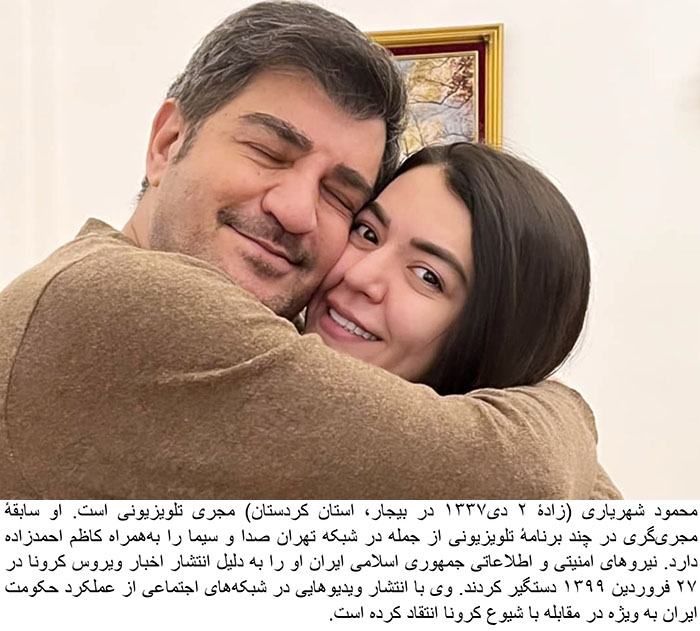 Mahmoud Shahriari (born January 23, 1958 in Bijar, Kurdistan Province) is a television presenter. He has a history of presenting in several television programs, including on the Tehran network of the Radio and Television, together with Kazem Ahmadzadeh. He has also performed the live program of Isfahan network. His other works include acting in the series Two Thousand Faces as an honorary title and working in radio. He has been working as a presenter on the TV program “Friday Wick Holiday” on Channel Two. He is currently banned from filming. He said in a statement that the honeymoon program was abusing the emotions of the audience, adding that television was distancing itself from people. He said cyberspace had become a television for everyone.

She married Mohamad Reza Sharifinia in 1980. Their two daughters, Mehraveh and Melika are both actresses. Azita and Mohammad-Reza announced … END_OF_DOCUMENT_TOKEN_TO_BE_REPLACED

As Donald Trump made abundantly clear during his four years in office, he absolutely hated the job of being president. … END_OF_DOCUMENT_TOKEN_TO_BE_REPLACED

A millionaire Iranian influencer’s gold McLaren supercar was seized after police found him driving it without insurance. Pooyan Mokhtari, 31, … END_OF_DOCUMENT_TOKEN_TO_BE_REPLACED