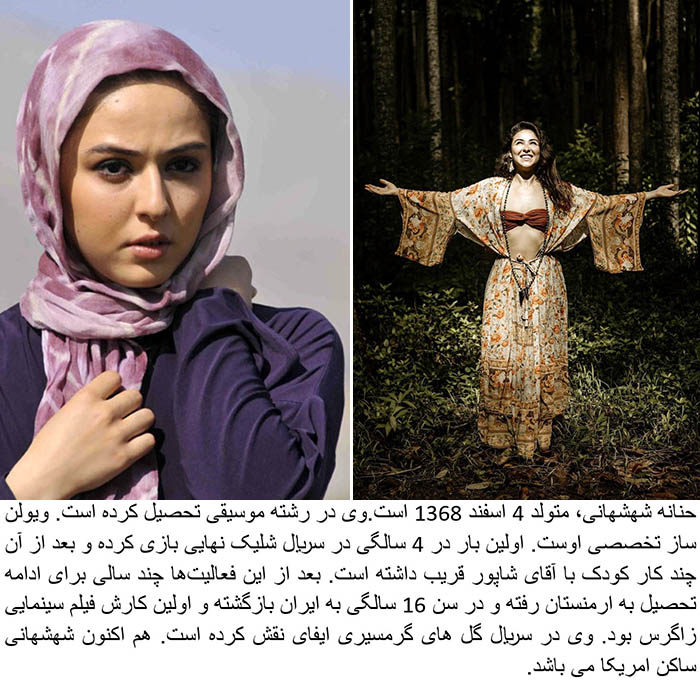 Hannaneh Shahshahani was born into theater! Her Mother’s was an actress and film director and her father was a writer and producer. She began her television acting career at the age of four and quickly rose in popularity to become a highly recognized child star, appearing in multiple films and television productions. She moved to Armenia at the age of 12 to study music in Conservatory Komitas Yerevan. After at the age of 15, she traveled back to her country to build on her acting career, which took off quickly and she was welcomed into the industry with her first feature film Directed by renowned director, Mohammad Ali Njafi (Zagros). She went on to appear in multiple films in Iran before moving to Los Angles at the age of 21. She now performs as an actress, dancer, and musician while she moves to surpass her success in the US.

Leon’s catsuit was covered in crescent moons, a symbol that has come to represent the Marine Serre brand. She wore … END_OF_DOCUMENT_TOKEN_TO_BE_REPLACED

Parviz Parastui (born 24 June 1955) is an actor. He has received various accolades, including four Crystal Simorgh for Best … END_OF_DOCUMENT_TOKEN_TO_BE_REPLACED

Now, as the doors slowly open for women in the profession, many women are putting the pedal to the metal … END_OF_DOCUMENT_TOKEN_TO_BE_REPLACED