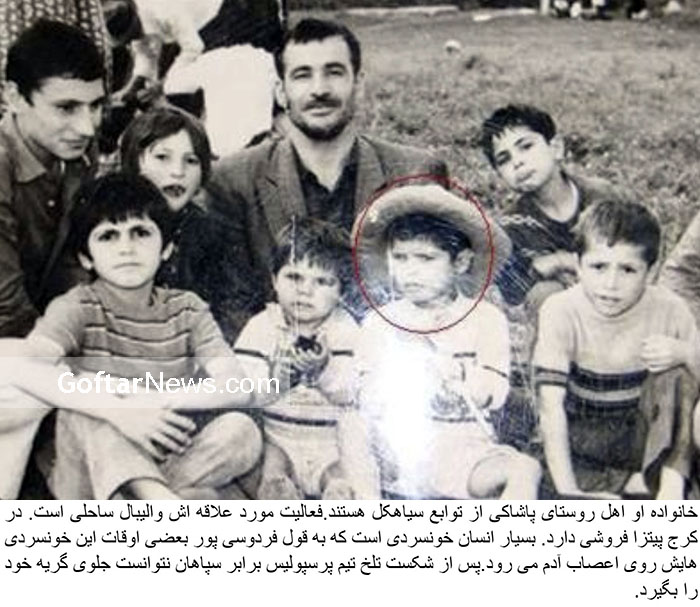 Karimi’s professional career began with Fath Tehran, where he made his first-team debut in 1996 aged 18. He then played three seasons with Persepolis, winning the Iranian league twice and the Hazfi Cup once with the club. In July 2001, Karimi signed a two-year contract with UAE Pro League club Al-Ahli Dubai. While an Al-Ahli player, Karimi won two cup titles, and was the top-goalscorer in the 2003–04 season, an impressive feat for a midfielder.

Mahlagha Jaberi attends the Opening Night Gala screening of “What’s Love Got To Do With It?” at the Red Sea … END_OF_DOCUMENT_TOKEN_TO_BE_REPLACED

Shiva Balochi, the actress in the series Nurses, wrote: As the smallest member of the Muslim community, the hijab has … END_OF_DOCUMENT_TOKEN_TO_BE_REPLACED

Shohreh Mousavi, one of the directors of the Badran Company, who defrauded over 9,000 billion tomans from 300,000 people by … END_OF_DOCUMENT_TOKEN_TO_BE_REPLACED

“Evil and passion work with him.” Open the heart valves. “Its night song can be heard all over the world.” … END_OF_DOCUMENT_TOKEN_TO_BE_REPLACED