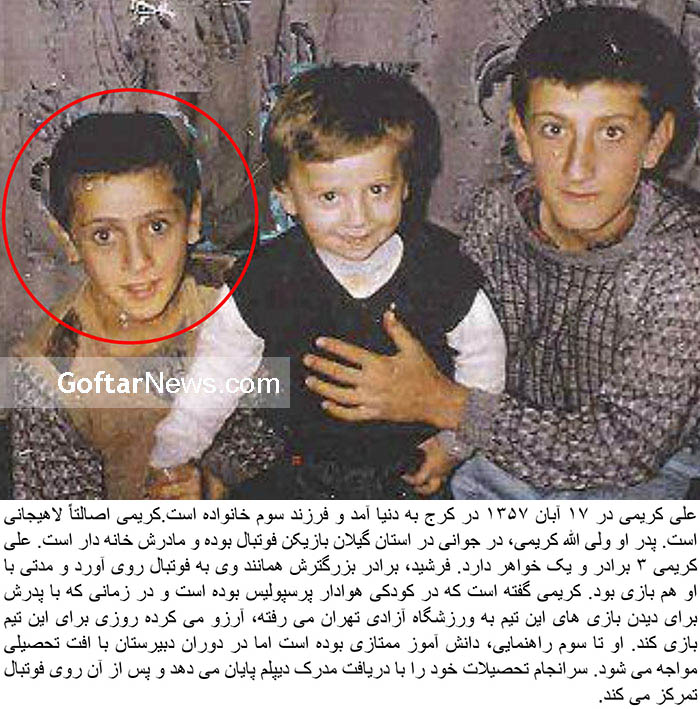 Ali Karimi (born 8 November 1978) is a football coach and former player. During the course of his career, he played for Fath Tehran, Persepolis, Al-Ahli Dubai, Bayern Munich, Qatar SC, Steel Azin, Schalke 04, Tractor Sazi, and the Iran national team for which he scored 38 goals in 127 appearances. In 2004, he became the fourth player to win the Asian Footballer of the Year. He announced his retirement at the end of the 2013–14 season and, on 11 April 2014, played the final game of his 18-year career.

While the hijab monitoring machine and suppression of women’s clothing have returned to the streets after a few months, the … END_OF_DOCUMENT_TOKEN_TO_BE_REPLACED

Cardboard imam refers to the set of cardboard replicas made of Seyyed Ruhollah Khomeini, which were first used in the … END_OF_DOCUMENT_TOKEN_TO_BE_REPLACED

After the departure of the Dutch striker Jurgen Lokadia from the Persepolis team, the directors of this club thought of … END_OF_DOCUMENT_TOKEN_TO_BE_REPLACED

On this special cover, apart from Golshifteh Farahani and Zaramira Brahimi, ten other famous faces have supported  protesting women, and … END_OF_DOCUMENT_TOKEN_TO_BE_REPLACED