The Blogger “Jessica Nabongo” that had an amazing experience in homeland 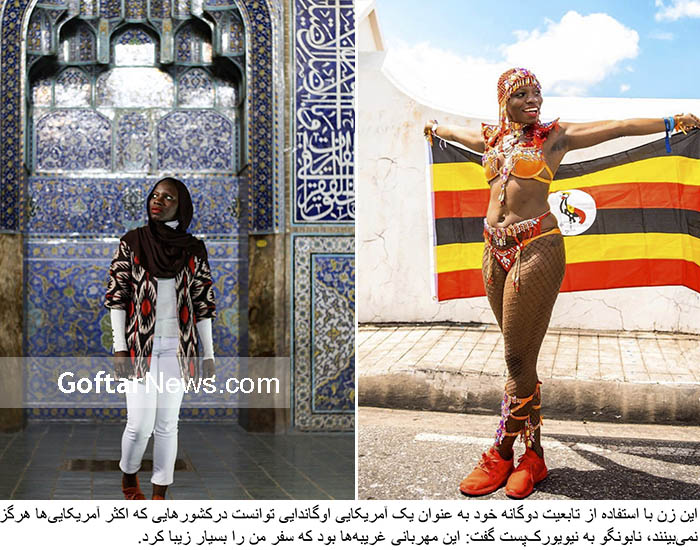 Nabongo admitted that people often ask her about North Korea’s labor camps and prisons, which she did not see, but noted that she’s also never been to the projects or a prison in the United States either. “There’s terrible things that are happening everywhere in the world,” she said. For instance, she said she was “underwhelmed” when she arrived at Machu Picchu because she had seen a million pictures: “You’re like, ‘Oh, OK, that’s exactly as I thought it would look.’”

Ali Daei started his football career with Esteghlal Ardabil. He joined the Tehran taxi team after being admitted to Sharif … END_OF_DOCUMENT_TOKEN_TO_BE_REPLACED

In recent days, it has been observed that the government has used teenagers and students in military uniforms and equipment … END_OF_DOCUMENT_TOKEN_TO_BE_REPLACED

Mohammad Reza Golzar was born on April 1, 1356. He is an actor, singer, and composer. He graduated from Azad … END_OF_DOCUMENT_TOKEN_TO_BE_REPLACED

Elham Hamidi, a famous actress, was born on December 8, 1956. Her education level: Elham Hamidi graduated with a bachelor’s … END_OF_DOCUMENT_TOKEN_TO_BE_REPLACED