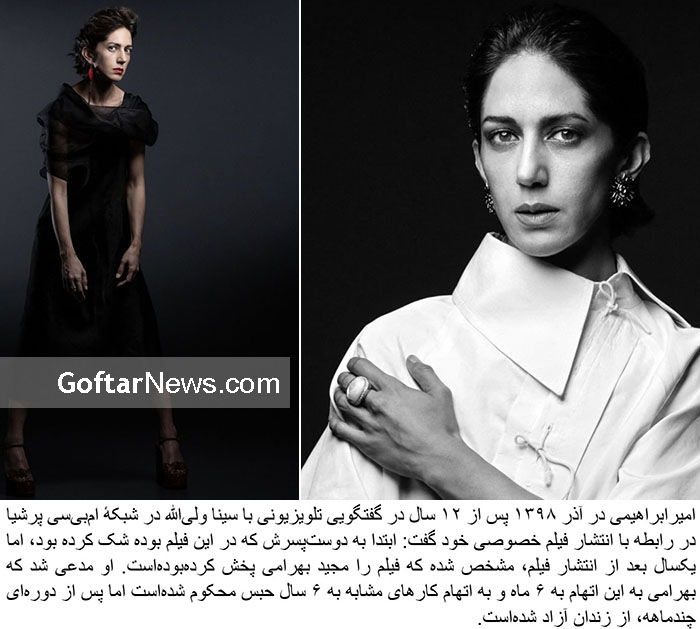 In 2006, Ebrahimi became the centre of an Iranian sex tape scandal when a videotape of a woman, claimed to be Ebrahimi, having sex with a man was leaked to the internet and released on DVD. She subsequently became the subject of an official investigation handled by Tehran’s chief prosecutor, Saeed Mortazavi. In an interview with The Guardian, Ebrahimi denied being the woman in the film and dismissed it as a fake made by a vengeful former fiancé who used studio techniques to form a montage of incriminating images designed to destroy her career.

Ali Daei started his football career with Esteghlal Ardabil. He joined the Tehran taxi team after being admitted to Sharif … END_OF_DOCUMENT_TOKEN_TO_BE_REPLACED

In recent days, it has been observed that the government has used teenagers and students in military uniforms and equipment … END_OF_DOCUMENT_TOKEN_TO_BE_REPLACED

Mohammad Reza Golzar was born on April 1, 1356. He is an actor, singer, and composer. He graduated from Azad … END_OF_DOCUMENT_TOKEN_TO_BE_REPLACED

Elham Hamidi, a famous actress, was born on December 8, 1956. Her education level: Elham Hamidi graduated with a bachelor’s … END_OF_DOCUMENT_TOKEN_TO_BE_REPLACED