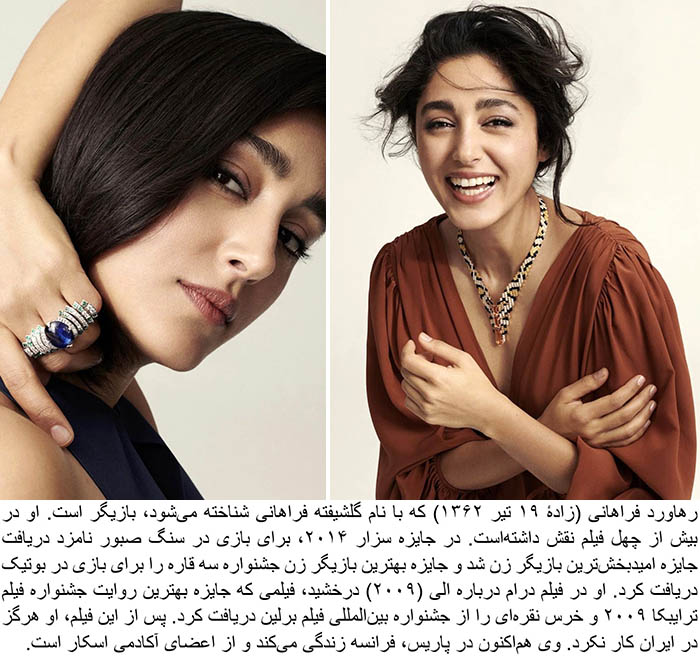 Rahavard Farahani ( born 10 July 1983), is an actress. She has appeared in over 30 films, many of which have received international recognition. She portrayed Leonardo DiCaprio’s character’s love interest in Ridley Scott’s Body of Lies (2008), which also stars Russell Crowe and features Oscar Isaac. She was nominated for the Most Promising Actress Award for The Patience Stone at the 2014 César Awards in France, and won the Best Actress Award for Boutique from the 26th Nantes Three Continents Festival (France). In recent years, she has had prominent roles in movies by well-known and international directors, including Asghar Farhadi, Bahman Ghobadi, Rasoul Mollagholipour, Jim Jarmusch, Ridley Scott, Joachim Rønning and Espen Sandberg. 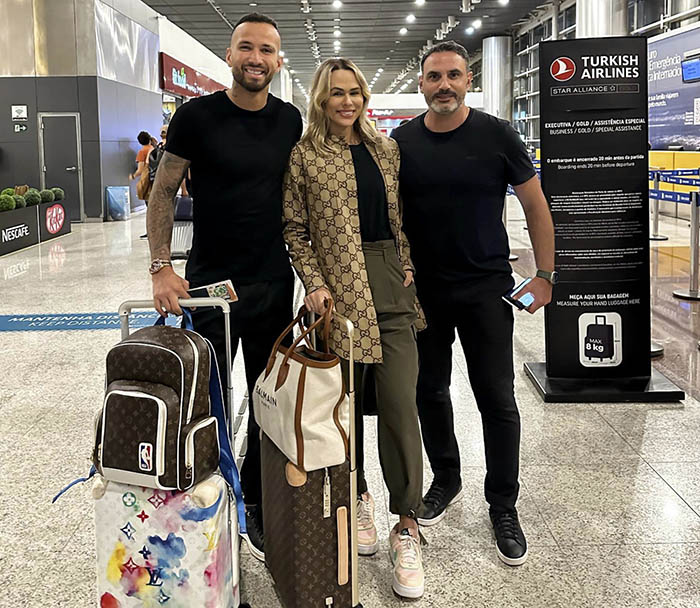 Leandro Pereira, the new owner of Persepolis Club, arrived from Brazil yesterday with his wife. This player came to undergo … END_OF_DOCUMENT_TOKEN_TO_BE_REPLACED

While the hijab monitoring machine and suppression of women’s clothing have returned to the streets after a few months, the … END_OF_DOCUMENT_TOKEN_TO_BE_REPLACED

Cardboard imam refers to the set of cardboard replicas made of Seyyed Ruhollah Khomeini, which were first used in the … END_OF_DOCUMENT_TOKEN_TO_BE_REPLACED

After the departure of the Dutch striker Jurgen Lokadia from the Persepolis team, the directors of this club thought of … END_OF_DOCUMENT_TOKEN_TO_BE_REPLACED