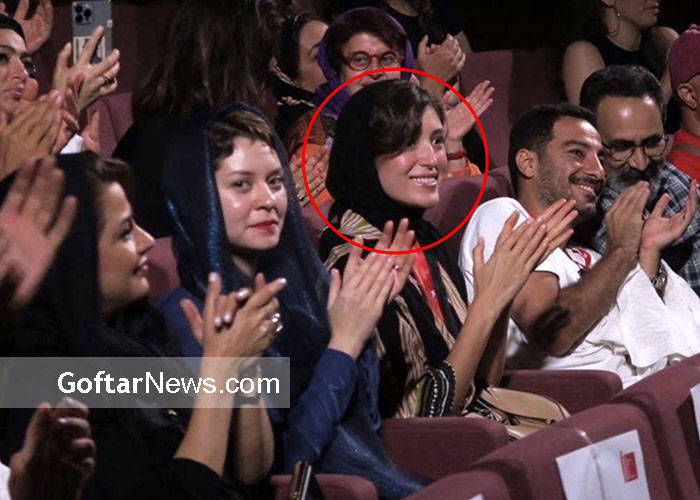 The twist, when it eventually comes, is ingenious, if contrived: suffice to say, it establishes the film as being as much metaphysical as political, an existential riddler as much as a surveillance-state thriller. But it’s a pity that this dramatically overdrawn film takes so long getting to the point, essentially squandering its narrative tension once the initial suspenseful situation is established. The acting doesn’t always serve the drama, either: for much of the time, Mohammadzadeh maintains a glum muted monotone while Habibi cranks up to a frenzied pitch of nerved-up agitation. And there’s some overstatement that misfires: not least the overinsistent use of repetitive sound effects to bump up the anxiety level.

Shiva Balochi, the actress in the series Nurses, wrote: As the smallest member of the Muslim community, the hijab has … END_OF_DOCUMENT_TOKEN_TO_BE_REPLACED

Shohreh Mousavi, one of the directors of the Badran Company, who defrauded over 9,000 billion tomans from 300,000 people by … END_OF_DOCUMENT_TOKEN_TO_BE_REPLACED

“Evil and passion work with him.” Open the heart valves. “Its night song can be heard all over the world.” … END_OF_DOCUMENT_TOKEN_TO_BE_REPLACED

The old actress Shaheen has died.Mahintaj Moghul Kayser, known as Shaheen, a cinematic actor and an old singer, has passed … END_OF_DOCUMENT_TOKEN_TO_BE_REPLACED