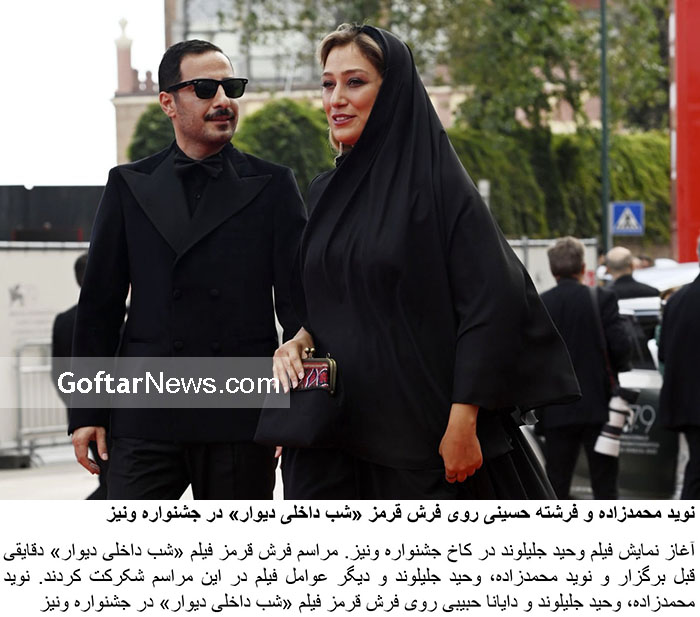 Navid Mohammadzadeh (born April 6, 1986) is an actor. He has received various accolades, including two Crystal Simorgh, four Hafez Awards, three Cinema Celebration Awards and four Film Critics and Writers Association Awards. In 2017, he won The Orizzonti Award for Best Actor at the 74th Venice International Film Festival for acting in No Date, No Signature (2017). Mohammadzadeh was born on April 6, 1986. He is originally a Persian and Kurd mix from Mehran in Ilam province. At the age of two, he moved to Ilam and stayed there until he graduated from school. He has an associate degree in civil engineering. he announced his marriage to Fereshteh Hosseini via a post on his official Instagram account.

While the hijab monitoring machine and suppression of women’s clothing have returned to the streets after a few months, the … END_OF_DOCUMENT_TOKEN_TO_BE_REPLACED

Cardboard imam refers to the set of cardboard replicas made of Seyyed Ruhollah Khomeini, which were first used in the … END_OF_DOCUMENT_TOKEN_TO_BE_REPLACED

After the departure of the Dutch striker Jurgen Lokadia from the Persepolis team, the directors of this club thought of … END_OF_DOCUMENT_TOKEN_TO_BE_REPLACED

On this special cover, apart from Golshifteh Farahani and Zaramira Brahimi, ten other famous faces have supported  protesting women, and … END_OF_DOCUMENT_TOKEN_TO_BE_REPLACED