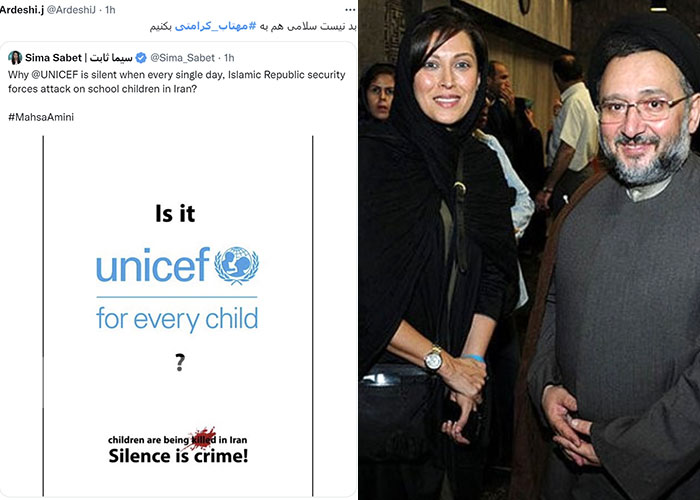 Mahtab Keramati (born October 17, 1970) is an actress. She has received various accolades, including a Crystal Simorgh and two Hafez Awards. In August 2006, Keramati was taking acting courses when she was chosen for the role of Helen in The Men of Angelos, which garnered her national recognition. She later went on to appear in films such as Mummy III and Rain Man, for which she was nominated for a Fajr International Film Festival Crystal Simorgh. She then appeared in dramas such as Saint Mary and Crimson Soil and the films Hell, Purgatory, Heaven, There Are Things You Don’t Know, Alzheimer, and The Private Life of Mr. and Mrs. M. She won a Crystal Simorgh for Best Actress in a Supporting Role for Twenty. In 2015, she won the Best Actor Award at the Imagine India Film Festival. She was also featured in the Dhaka Film Festival Jury.

Shiva Balochi, the actress in the series Nurses, wrote: As the smallest member of the Muslim community, the hijab has … END_OF_DOCUMENT_TOKEN_TO_BE_REPLACED

Shohreh Mousavi, one of the directors of the Badran Company, who defrauded over 9,000 billion tomans from 300,000 people by … END_OF_DOCUMENT_TOKEN_TO_BE_REPLACED

“Evil and passion work with him.” Open the heart valves. “Its night song can be heard all over the world.” … END_OF_DOCUMENT_TOKEN_TO_BE_REPLACED

The old actress Shaheen has died.Mahintaj Moghul Kayser, known as Shaheen, a cinematic actor and an old singer, has passed … END_OF_DOCUMENT_TOKEN_TO_BE_REPLACED