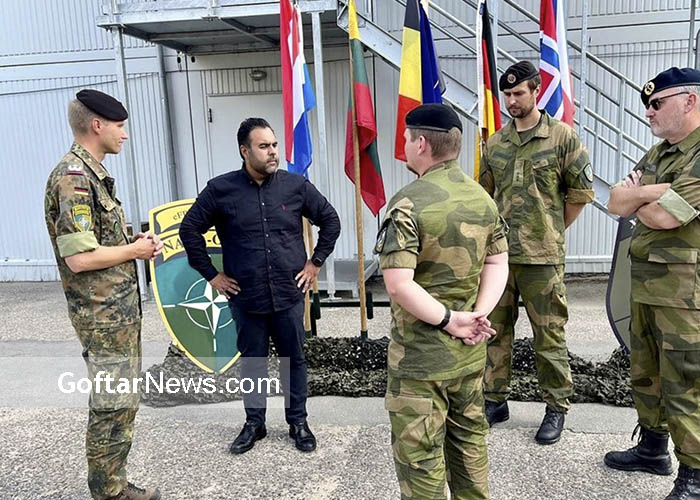 Gharahkhani was first elected as a deputy representative to the parliament in the 2009 election. He received a standing ovation at the Labour Party national convention in 2011 for his speech about his journey from Tehran to Drammen. Hoping to be the first mayor in Norway with a non-Western immigrant background, Gharahkani was the Labour party candidate for the mayor of Drammen in the 2011 local election. He eventually lost to popular incumbent Tore Opdal Hansen from the Conservative Party. His campaign was marred by speculation in the press about his marriage to a woman in Iran. Gharahkani however blamed his opponents for attempting to smear him.

Shiva Balochi, the actress in the series Nurses, wrote: As the smallest member of the Muslim community, the hijab has … END_OF_DOCUMENT_TOKEN_TO_BE_REPLACED

Shohreh Mousavi, one of the directors of the Badran Company, who defrauded over 9,000 billion tomans from 300,000 people by … END_OF_DOCUMENT_TOKEN_TO_BE_REPLACED

“Evil and passion work with him.” Open the heart valves. “Its night song can be heard all over the world.” … END_OF_DOCUMENT_TOKEN_TO_BE_REPLACED

The old actress Shaheen has died.Mahintaj Moghul Kayser, known as Shaheen, a cinematic actor and an old singer, has passed … END_OF_DOCUMENT_TOKEN_TO_BE_REPLACED