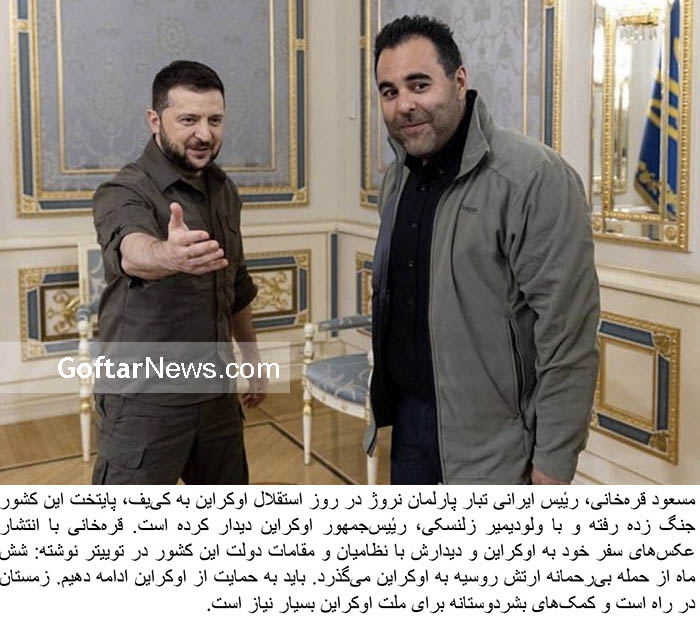 Masud Gharahkhani (born 22 September 1982) is a Norwegian politician for the Labour Party from the city of Drammen. He is currently an MP for Buskerud since 2017, and the President of the Storting since 2021. Masud Gharahkhani emigrated to Norway with his family in 1987 and grew up in Skotselv in Øvre Eiker. His family is originally from Piranshahr. His father is politician and trade unionist Bijan Gharakhani. After attending Rosthaug senior high school, he enrolled at Gjøvik University College studying radiography, graduating as a radiologic technologist, and has been employed by Blefjell Hospital. He has also been employed as secretary-general for the Buskerud Labour party.

While the hijab monitoring machine and suppression of women’s clothing have returned to the streets after a few months, the … END_OF_DOCUMENT_TOKEN_TO_BE_REPLACED

Cardboard imam refers to the set of cardboard replicas made of Seyyed Ruhollah Khomeini, which were first used in the … END_OF_DOCUMENT_TOKEN_TO_BE_REPLACED

After the departure of the Dutch striker Jurgen Lokadia from the Persepolis team, the directors of this club thought of … END_OF_DOCUMENT_TOKEN_TO_BE_REPLACED

On this special cover, apart from Golshifteh Farahani and Zaramira Brahimi, ten other famous faces have supported  protesting women, and … END_OF_DOCUMENT_TOKEN_TO_BE_REPLACED