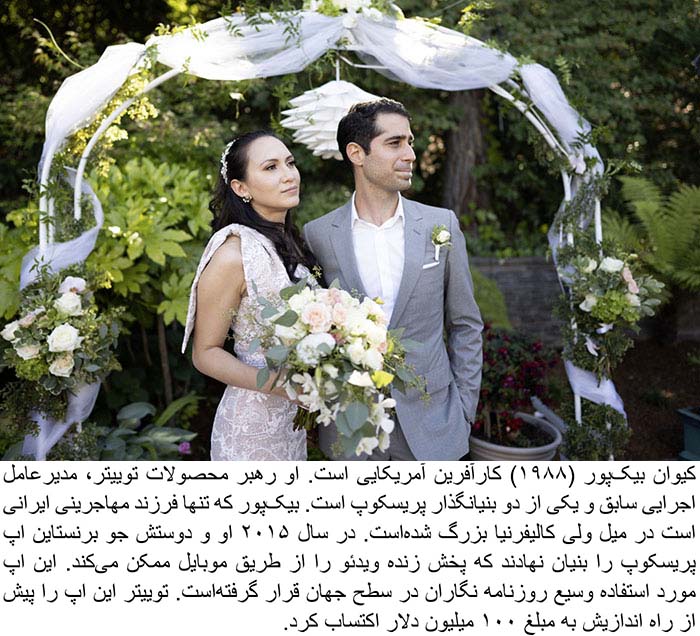 Kayvon Beykpour is one of Silicon Valley’s busiest product executives. As Twitter’s head of product, he’s survived for years in a formerly cursed role that seemed to turn over every few months. Now, Beykpour’s team is shipping. Twitter just released a Clubhouse clone, called Spaces. It bought Revue, a newsletter platform. And it announced Super Follow, a feature that wraps it all together by letting you pay for added access and content from people you follow on Twitter. This is new territory for Twitter, which spent the past few years with a seemingly stagnant product development process. Beykpour joins Big Technology Podcast for a wide-ranging discussion of all that and more.

Mahlagha Jaberi attends the Opening Night Gala screening of “What’s Love Got To Do With It?” at the Red Sea … END_OF_DOCUMENT_TOKEN_TO_BE_REPLACED

Shiva Balochi, the actress in the series Nurses, wrote: As the smallest member of the Muslim community, the hijab has … END_OF_DOCUMENT_TOKEN_TO_BE_REPLACED

Shohreh Mousavi, one of the directors of the Badran Company, who defrauded over 9,000 billion tomans from 300,000 people by … END_OF_DOCUMENT_TOKEN_TO_BE_REPLACED

“Evil and passion work with him.” Open the heart valves. “Its night song can be heard all over the world.” … END_OF_DOCUMENT_TOKEN_TO_BE_REPLACED