Photos of Arash Aramesh in the U.S. 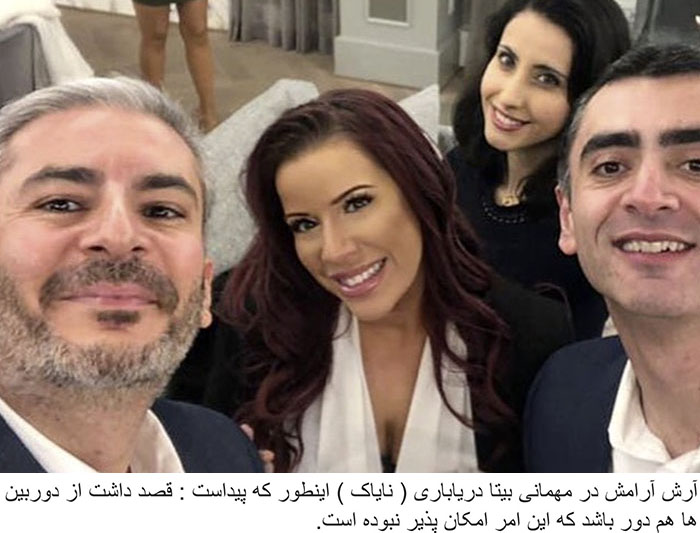 Arash “Ari” Aramesh graduated from Stanford Law School, where he served as Member Editor and Article Selection Committee Member of the Stanford Journal of International Law. Ari also received his M.Sc. with merit from the London School of Economics and Political Science. His practice focuses on complex litigation.
In 2005, he joined the University of California, Berkeley and graduated with a Bachelor of Arts degree in Political Science and Middle Eastern Studies in 2007. At Berkeley, he was the president of the campus chapter of the Student Alliance in America. In 2008, he enrolled with the London School of Economics and earned a Master of Science degree in Comparative Politics and Conflict Studies in 2009.

Leon’s catsuit was covered in crescent moons, a symbol that has come to represent the Marine Serre brand. She wore … END_OF_DOCUMENT_TOKEN_TO_BE_REPLACED

Parviz Parastui (born 24 June 1955) is an actor. He has received various accolades, including four Crystal Simorgh for Best … END_OF_DOCUMENT_TOKEN_TO_BE_REPLACED

Now, as the doors slowly open for women in the profession, many women are putting the pedal to the metal … END_OF_DOCUMENT_TOKEN_TO_BE_REPLACED