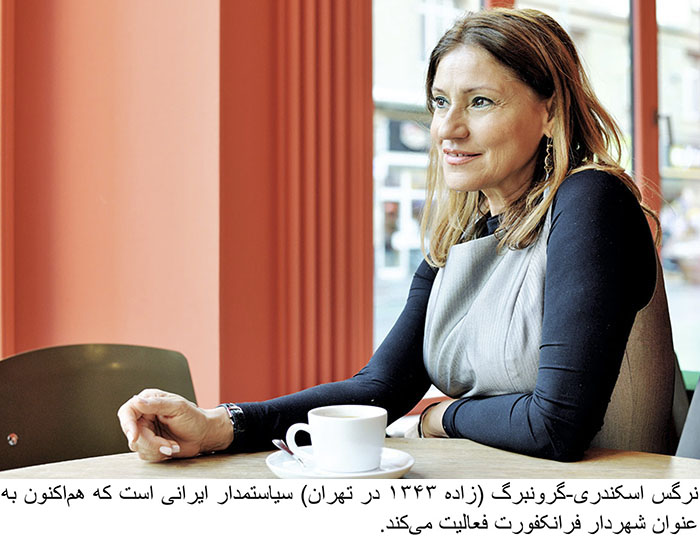 Nargess Eskandari-Grünberg (February 1965) is a German local politician (Bündnis 90 / Die Grünen). She is an honorary city councilor for the city of Frankfurt am Main. From 2001 to 2008 she was a city councilor there. Since 2008 she has been a member of the Frankfurt magistrate, from 2008 to 2016 as the head of the integration department.

Sina Mehrad is an actor and assistant director, known for Paat (2013), Blue Blood. “When you’re shooting fashion and beauty … END_OF_DOCUMENT_TOKEN_TO_BE_REPLACED

Niki Karimi (born 10 November 1971) is an actress, director, screenwriter and producer. Regarded as the most prominent figure among … END_OF_DOCUMENT_TOKEN_TO_BE_REPLACED

Maria Vladimirovna Zakharova was born on December 24, 1975 in Moscow, in the family of a Russian diplomat. From an … END_OF_DOCUMENT_TOKEN_TO_BE_REPLACED