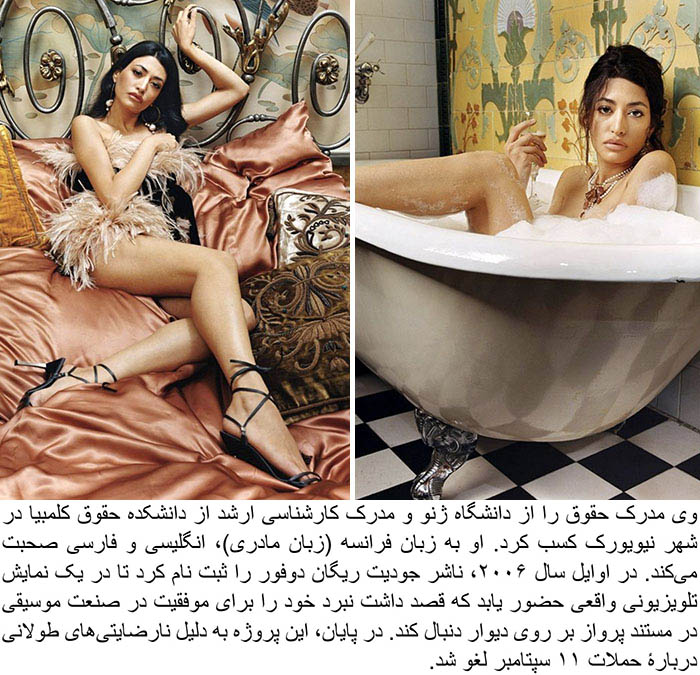 The former model has been touring for almost a decade, with reports emerging in 2009 of her recording a debut album. The Deep Tan front-woman is the daughter of terrorist bin Laden’s half-brother Yeslam, and his Swiss-Iranian ex-wife Carmen. She also happens to be Osama bin Laden’s niece. Dufour – nee bin Laden – was born to the notorious terrorist’s half-brother, Yeslam, and his Swiss wife, Carmen (nee Dufour), in Los Angeles, where she was raised.

The Sharif University of Technology is a public research university. It is widely considered as the nation’s leading institution for … END_OF_DOCUMENT_TOKEN_TO_BE_REPLACED

Successful artists don’t frame things around “not enough.” There is never enough time, not enough money, not enough confidence, not … END_OF_DOCUMENT_TOKEN_TO_BE_REPLACED

Yasmine Pahlavi is the wife of Reza Pahlavi, the last crown prince of the former Imperial State. She worked for … END_OF_DOCUMENT_TOKEN_TO_BE_REPLACED