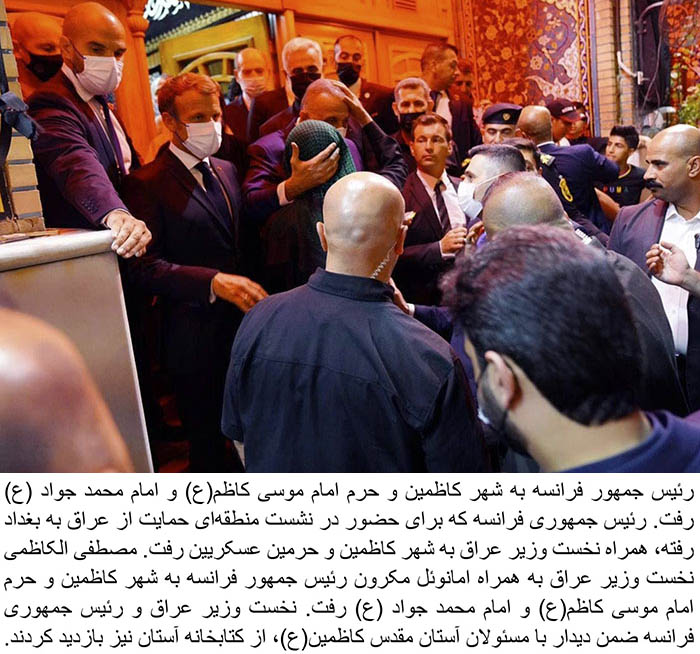 Macron appeared in the religious city, which is now witnessing days of mourning, on the anniversary of the killing of Imam Hussein. The president was accompanied by the Iraqi Prime Minister Mustafa al-Kadhimi, and the French Foreign Minister.Accompanied by The prime minister, the French President met with those in charge of the Holy Shrine, who took them on a tour inside the Shrine’s library. Macron also entered the shrine, and was hosted in its courtyard.

Leon’s catsuit was covered in crescent moons, a symbol that has come to represent the Marine Serre brand. She wore … END_OF_DOCUMENT_TOKEN_TO_BE_REPLACED

Parviz Parastui (born 24 June 1955) is an actor. He has received various accolades, including four Crystal Simorgh for Best … END_OF_DOCUMENT_TOKEN_TO_BE_REPLACED

Now, as the doors slowly open for women in the profession, many women are putting the pedal to the metal … END_OF_DOCUMENT_TOKEN_TO_BE_REPLACED