Faezeh Alavi is a Australia Based Filmmaker 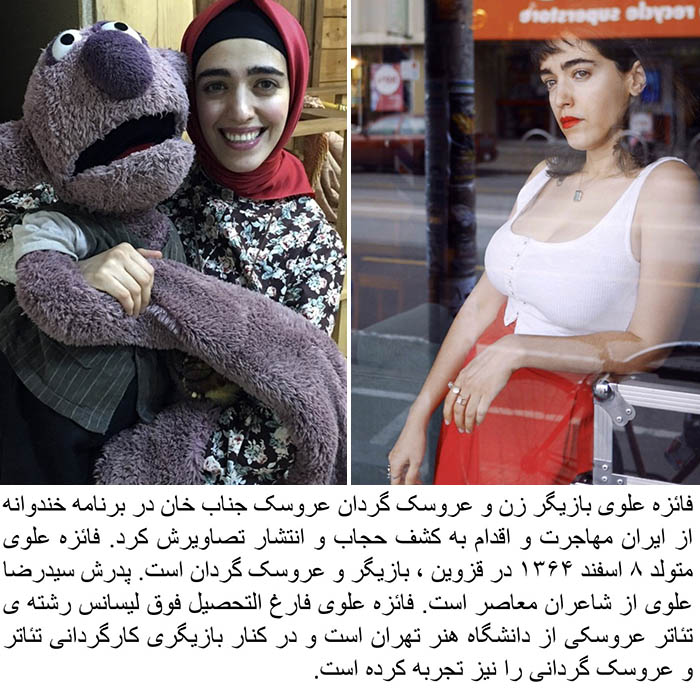 Faezeh Alavi is a filmmaker and actress, Faezeh gained her bachelor’s degree in Theatre Directing at Sooreh Art University and a Master of Arts in puppet theatre at the Art University. Faezeh arrived in Melbourne, Australia in 2016 to pursue her career in filmmaking. An actor or actress is someone who portrays a role or a character and performs in productions like television, theatre, film, podcasts, and radio. An actor goes through the process of auditioning to get a part, and if selected, he rehearses the role and brings the character to life in front of an audience. Auditioning: The life of an actor revolves around auditions, which is basically a sample performance or an interview to show your suitability and skills for a particular role.

Leon’s catsuit was covered in crescent moons, a symbol that has come to represent the Marine Serre brand. She wore … END_OF_DOCUMENT_TOKEN_TO_BE_REPLACED

Parviz Parastui (born 24 June 1955) is an actor. He has received various accolades, including four Crystal Simorgh for Best … END_OF_DOCUMENT_TOKEN_TO_BE_REPLACED

Now, as the doors slowly open for women in the profession, many women are putting the pedal to the metal … END_OF_DOCUMENT_TOKEN_TO_BE_REPLACED