Elham Arab, the controversial guest of the year 2019 in the honeymoon on TV 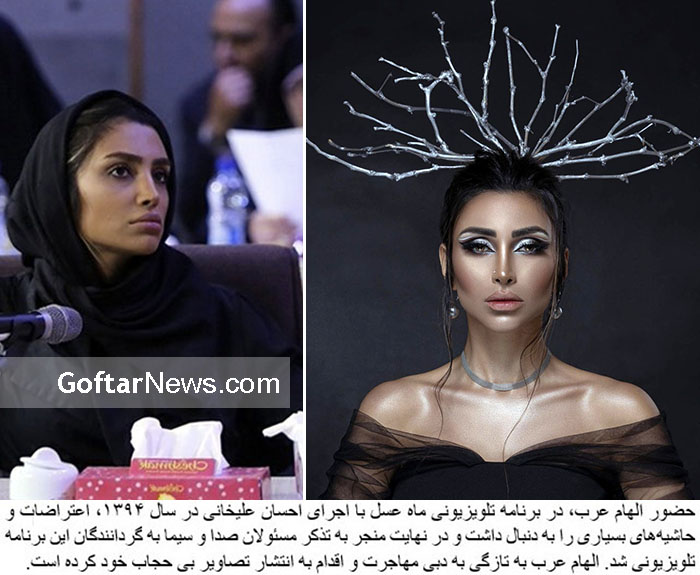 Elham Arab, answering to attorney for posting her pictures without scarf on Instagram. Elham Arab, the controversial guest of the year 2019, has made news again. The story of Elham Arab and his rise to fame and his migration to Dubai has attracted the attention of the media and the people. Elham Arab, who started his career as a model in Dubai, has a bachelor’s degree in law, but according to himself, when he was registered in the lawyers’ organization, his father passed away and he decided to do something else. Income and money are important issues in his life! Elham Arab participated in the honey moon program in August 2014 and became the guest of Ehsan Alikhani’s honeymoon program.

While the hijab monitoring machine and suppression of women’s clothing have returned to the streets after a few months, the … END_OF_DOCUMENT_TOKEN_TO_BE_REPLACED

Cardboard imam refers to the set of cardboard replicas made of Seyyed Ruhollah Khomeini, which were first used in the … END_OF_DOCUMENT_TOKEN_TO_BE_REPLACED

After the departure of the Dutch striker Jurgen Lokadia from the Persepolis team, the directors of this club thought of … END_OF_DOCUMENT_TOKEN_TO_BE_REPLACED

On this special cover, apart from Golshifteh Farahani and Zaramira Brahimi, ten other famous faces have supported  protesting women, and … END_OF_DOCUMENT_TOKEN_TO_BE_REPLACED