Bahareh Rahnama with her own Make up for a Photoshoot 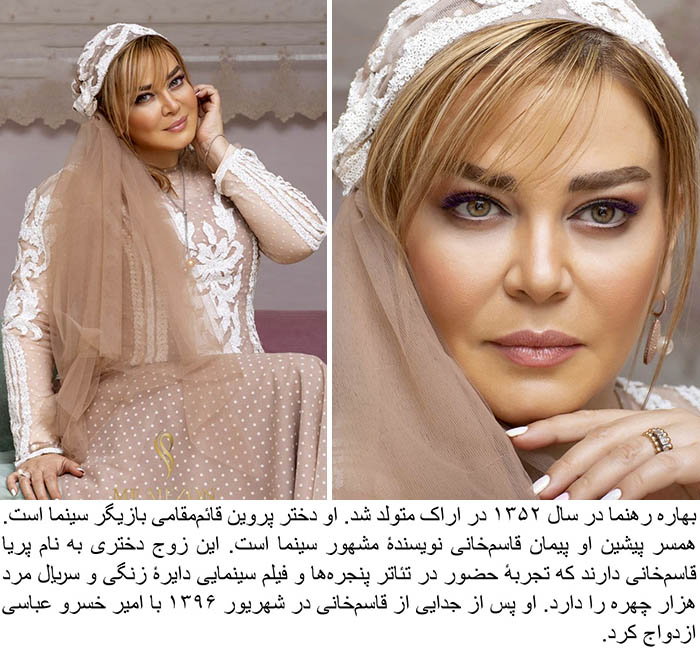 Rahnama earned bachelor’s degrees in Legal Rights and Literature and a master’s degree in Dramatic Literature. She also took screenwriting and acting courses, and worked as a journalist. Her debut movie was Viber in 1991. Besides being a theatre, television and film actress, Rahnama is also a writer. She has collaborated in writing for The Nights of Barareh (2005), Mozaffar’s Garden (2006) and Shams-ol-Emareh (2009) series. Rahnama also published a book entitled Seven Nights in a Month, which is a collection of her notes from her personal blog over 7 years.

Leon’s catsuit was covered in crescent moons, a symbol that has come to represent the Marine Serre brand. She wore … END_OF_DOCUMENT_TOKEN_TO_BE_REPLACED

Parviz Parastui (born 24 June 1955) is an actor. He has received various accolades, including four Crystal Simorgh for Best … END_OF_DOCUMENT_TOKEN_TO_BE_REPLACED

Now, as the doors slowly open for women in the profession, many women are putting the pedal to the metal … END_OF_DOCUMENT_TOKEN_TO_BE_REPLACED