Ali Khomeini, criticizing the approach of government officials, called “the solution” the “return” of sovereignty to the people 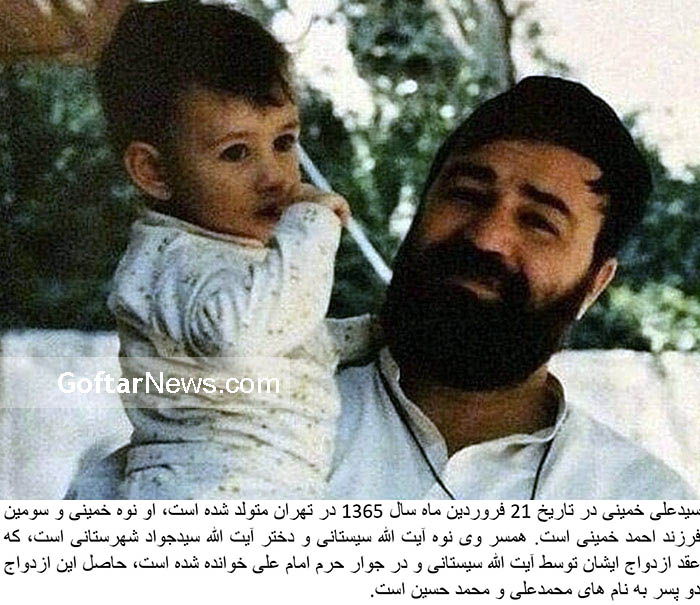 Seyyed Ali Khomeini was born on April 21, 1365. His wife is the granddaughter of Ayatollah Sistani and the daughter of Ayatollah Seyyed Javad Shahrashtani, whose marriage contract was read by Ayatollah Sistani near the Holy Shrine of Imam Ali (peace be upon him). The result of this marriage are two sons named Muhammad Ali and Muhammad Hussein. Also, many people on social networks have witnessed the burning of Ruhollah Khomeini’s house in Khomein City by the protesters, whose videos were shared many times. Ali Khomeini is the youngest child of Ahmad Khomeini. Not only Ahmad Khomeini was marginalized after his father’s death, but other members of the founding family of the Islamic Republic were also left out of the main stage of politics.

After the departure of the Dutch striker Jurgen Lokadia from the Persepolis team, the directors of this club thought of … END_OF_DOCUMENT_TOKEN_TO_BE_REPLACED

On this special cover, apart from Golshifteh Farahani and Zaramira Brahimi, ten other famous faces have supported  protesting women, and … END_OF_DOCUMENT_TOKEN_TO_BE_REPLACED

Rafaela Santos is the sister of one of the most prominent and famous footballers in the world, but apart from … END_OF_DOCUMENT_TOKEN_TO_BE_REPLACED

Anashid Hosseini was born on January 24, 1992 in Ahvaz. His family moved very soon, a year after his birth. … END_OF_DOCUMENT_TOKEN_TO_BE_REPLACED

Neda Agha-Soltan (23 January 1983 – 20 June 2009) was an Iranian student of philosophy, who was participating in the … END_OF_DOCUMENT_TOKEN_TO_BE_REPLACED