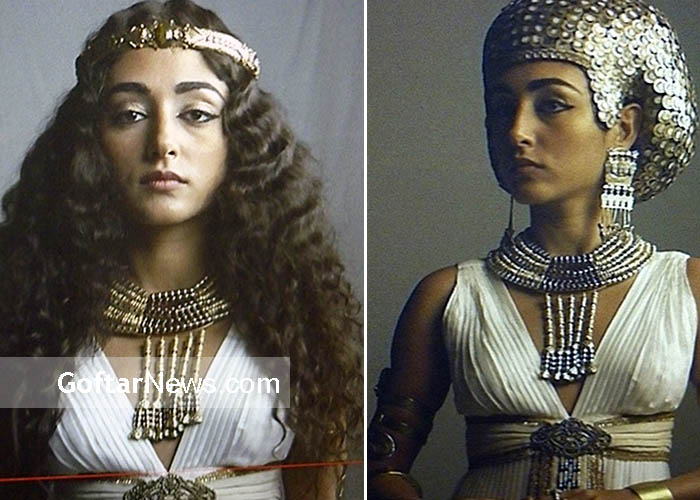 Exodus: Gods and Kings repeatedly suggests that Moses is hallucinating his connection with God, and that the god he hallucinates is not very nice. The existence of God isn’t a question historians tend to tangle themselves up in. Given that the audiences for religious movies are largely religious themselves, though, casting doubt on it is a curious production decision. The Book of Exodus is full of supernatural events that depend on divine intervention: sticks turning into snakes, rivers turning into blood, children being saved by the sacrifice of lambs, pillars of fire illuminating the desert night, seas parting and so forth. Historians may raise their eyebrows but, as far as most filmmakers are concerned, these are the good bits. (In The Ten Commandments, though, Cecil B DeMille only managed four plagues: he couldn’t work out how to do frogs, flies, lice, boils, locusts or the death of livestock with the special-effects technology of the 1950s.)

Mahlagha Jaberi attends the Opening Night Gala screening of “What’s Love Got To Do With It?” at the Red Sea … END_OF_DOCUMENT_TOKEN_TO_BE_REPLACED

Shiva Balochi, the actress in the series Nurses, wrote: As the smallest member of the Muslim community, the hijab has … END_OF_DOCUMENT_TOKEN_TO_BE_REPLACED

Shohreh Mousavi, one of the directors of the Badran Company, who defrauded over 9,000 billion tomans from 300,000 people by … END_OF_DOCUMENT_TOKEN_TO_BE_REPLACED

“Evil and passion work with him.” Open the heart valves. “Its night song can be heard all over the world.” … END_OF_DOCUMENT_TOKEN_TO_BE_REPLACED