55th Birthday of screenwriter “Peyman Ghasemkhani” in the capital 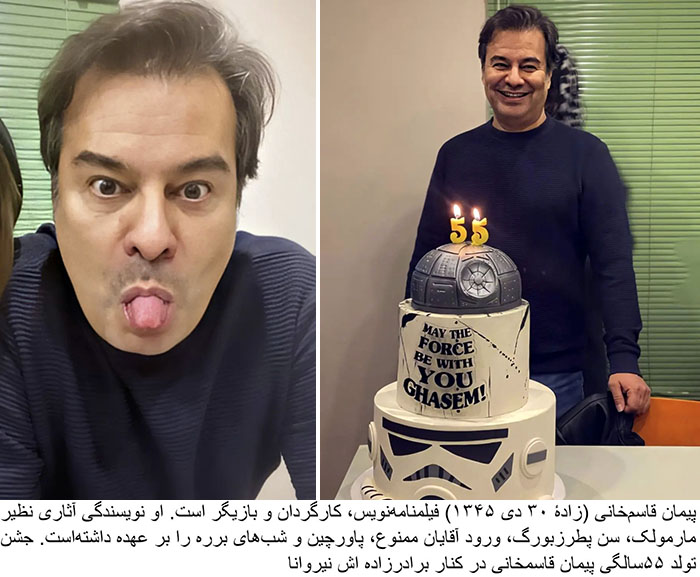 Peyman Ghasemkhani (born 20 January 1966) is a film screenwriter, director and actor. He was married to Bahareh Rahnama in 1992 and divorced in 2016. Rahnama is an actress who has been active in cinema since 1993. They have a daughter, Paria, who was born in 1997. She appeared with her mother in two films, including Bano and Mard-e Hezar-Chehreh. Ghasemkhani married Mitra Ebrahimi in 2021. Ghasemkhani’s brother, Mehrab Ghasemkhani is also a writer and his former spouse, Shaghayegh Dehghan is an actress.He was born on 20 January 1967. He graduated from Ahvaz University in 1985.

As Donald Trump made abundantly clear during his four years in office, he absolutely hated the job of being president. … END_OF_DOCUMENT_TOKEN_TO_BE_REPLACED

A millionaire Iranian influencer’s gold McLaren supercar was seized after police found him driving it without insurance. Pooyan Mokhtari, 31, … END_OF_DOCUMENT_TOKEN_TO_BE_REPLACED