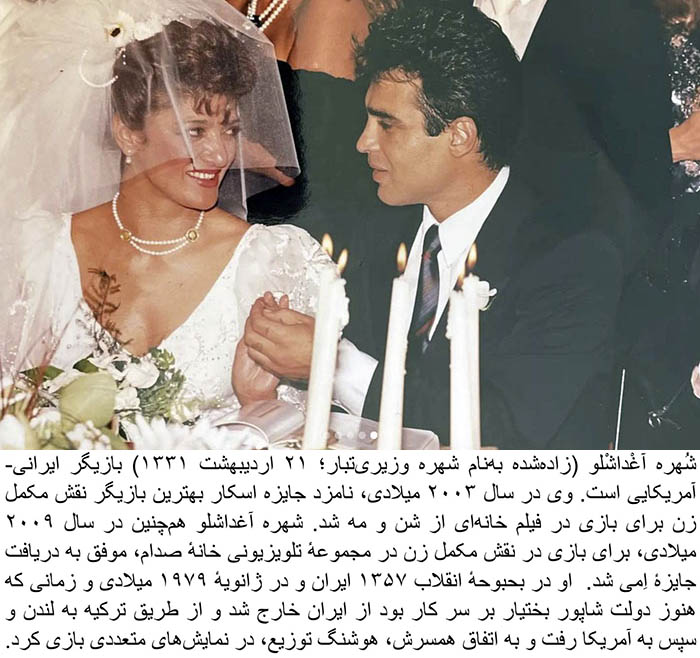 Shohreh Aghdashloo (May 11, 1952) is an Iranian-American actress. Following numerous starring roles on the stage, her first major film role was in The Report (Gozāresh) (1977) directed by Abbas Kiarostami, which won the Critics Award at the Moscow Film Festival. Her next film was Shatranje Bad (The Chess Game of the Wind), directed by Mohammad Reza Aslani, which screened at several film festivals. Both films were banned in her home country; but, in 1978, Aghdashloo won acclaim for her performance in Sooteh Delan (Broken-hearted), directed by Ali Hatami, which established her as one of Iran’s leading actresses.

Leon’s catsuit was covered in crescent moons, a symbol that has come to represent the Marine Serre brand. She wore … END_OF_DOCUMENT_TOKEN_TO_BE_REPLACED

Parviz Parastui (born 24 June 1955) is an actor. He has received various accolades, including four Crystal Simorgh for Best … END_OF_DOCUMENT_TOKEN_TO_BE_REPLACED

Now, as the doors slowly open for women in the profession, many women are putting the pedal to the metal … END_OF_DOCUMENT_TOKEN_TO_BE_REPLACED