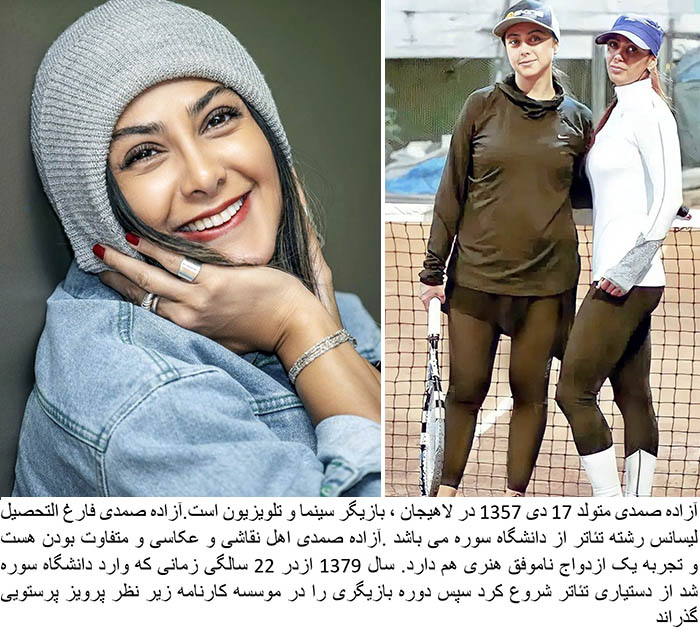 Azadeh Samadi was born on September 8, 1979 in Lahijan. After completing her undergraduate theater studies at Sura University, she completed a course of acting classes (supervised by Parviz Parastooi). She played in the theater production “Behir and Sugar”, and after some time was chosen to play in the TV series “The Endless Way” directed by Homayoun Asadiyan. She has performed in the short films “35 meter water level” and “blue teeth”, directed by Hooman Seyyed as well as “No One Talking to Anyone”. Azadeh Samadi married Houman Seyyedi in 2006. But this marriage ended in divorce in 2013. Azadeh Samadi was one of the artists supporting Mir Hossein Mousavi during the 2009 presidential election.

Shahkar Bineshpajooh (born 13 December 1972) is a poet, translator, composer, and singer. Bineshpahjooh has performed with orchestras in Europe … END_OF_DOCUMENT_TOKEN_TO_BE_REPLACED

Omid R. Kordestani (born 1963) is a businessman who is a member of the board at Twitter and was previously … END_OF_DOCUMENT_TOKEN_TO_BE_REPLACED

“To be a good host, you need to be very comfortable in your own skin. It’s vital that you feel … END_OF_DOCUMENT_TOKEN_TO_BE_REPLACED