Why Shaghayegh Bapiri disappeared from World Cup handball in Spain? 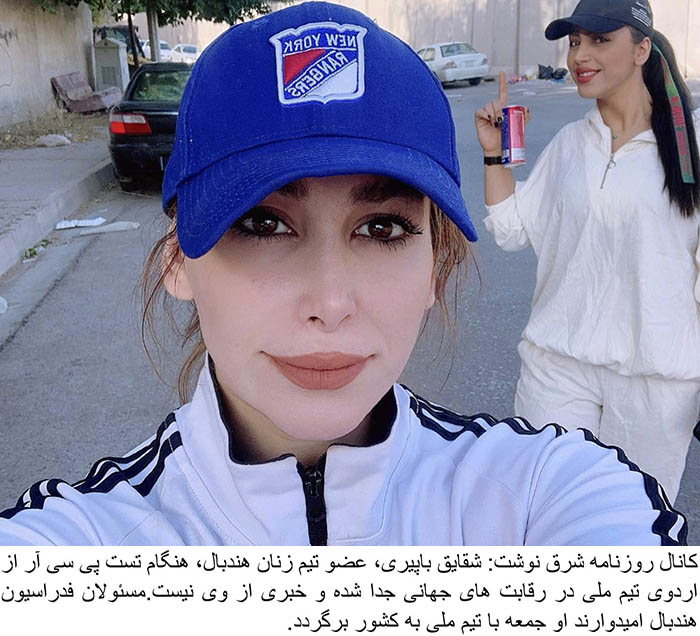 First, four players from Cameroon’s national team disappeared. Now another player has disappeared from his team during the handball World Cup Shaghayegh Bapiri is gone without a trace, reports Danish TV2 Sport. Sweden is steaming in the handball World Cup and has qualified for the quarterfinals, where France is waiting. But among the teams that have not managed to achieve quite as great success, the talk has been about what happened after the matches.

Sina Mehrad is an actor and assistant director, known for Paat (2013), Blue Blood. “When you’re shooting fashion and beauty … END_OF_DOCUMENT_TOKEN_TO_BE_REPLACED

Niki Karimi (born 10 November 1971) is an actress, director, screenwriter and producer. Regarded as the most prominent figure among … END_OF_DOCUMENT_TOKEN_TO_BE_REPLACED

Maria Vladimirovna Zakharova was born on December 24, 1975 in Moscow, in the family of a Russian diplomat. From an … END_OF_DOCUMENT_TOKEN_TO_BE_REPLACED