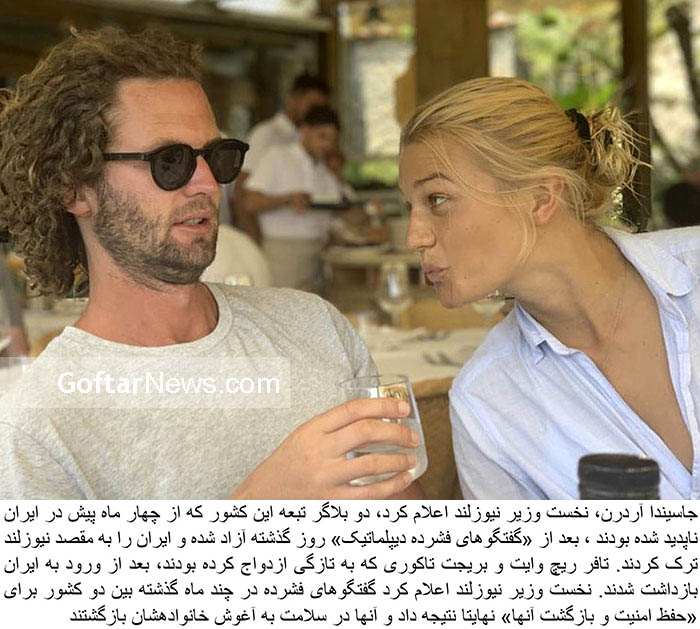 Two New Zealand social media influencers who were detained in Iran for almost four months have been released and have now left the country. Social media influencers Christopher “Topher” Richwhite and Bridget Thackwray were undertaking a trip called Expedition Earth in which they aimed to travel across 90 countries in a Jeep. The two recorded their travels with near-daily vlogs and Instagram posts, and documented their border crossing into Iran from Turkey in early July.

Shiva Balochi, the actress in the series Nurses, wrote: As the smallest member of the Muslim community, the hijab has … END_OF_DOCUMENT_TOKEN_TO_BE_REPLACED

Shohreh Mousavi, one of the directors of the Badran Company, who defrauded over 9,000 billion tomans from 300,000 people by … END_OF_DOCUMENT_TOKEN_TO_BE_REPLACED

“Evil and passion work with him.” Open the heart valves. “Its night song can be heard all over the world.” … END_OF_DOCUMENT_TOKEN_TO_BE_REPLACED

The old actress Shaheen has died.Mahintaj Moghul Kayser, known as Shaheen, a cinematic actor and an old singer, has passed … END_OF_DOCUMENT_TOKEN_TO_BE_REPLACED